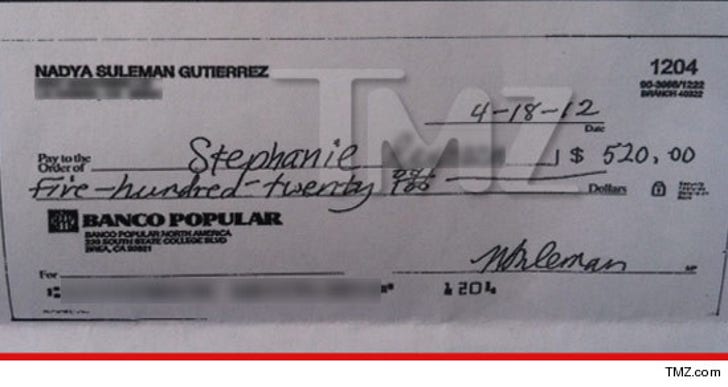 Octomom Nadya Suleman -- who is pulling in $2,000 month in food stamps thanks to California taxpayers -- spent $520 on a Brazilian blowout, and 2 cuts ... TMZ has learned.

Octo's hairstylist Stephanie tells us ... she went to Octo's house on April 18 to cut her hair and do a Brazilian blowout -- a chemical straightening treatment. Octo owed Stephanie for an earlier haircut, and the grand total came to $520. Octo also paid Stephanie $80 for hair products. Mind you -- Octo wrote the check at a time when she was in dire need of welfare.

Stephanie -- who went to cops yesterday and filed a report claiming the 14 kids were living in squalor -- tells us she couldn't believe Octo was spending this kind of loot on haircuts when her plumbing didn't work.

Stephanie says a plumber had been to the house recently and told Octo it would cost $150 to fix the pipes, but Octo declined, saying it was too expensive. As a result, the kids have to use portable training toilets in the backyard. 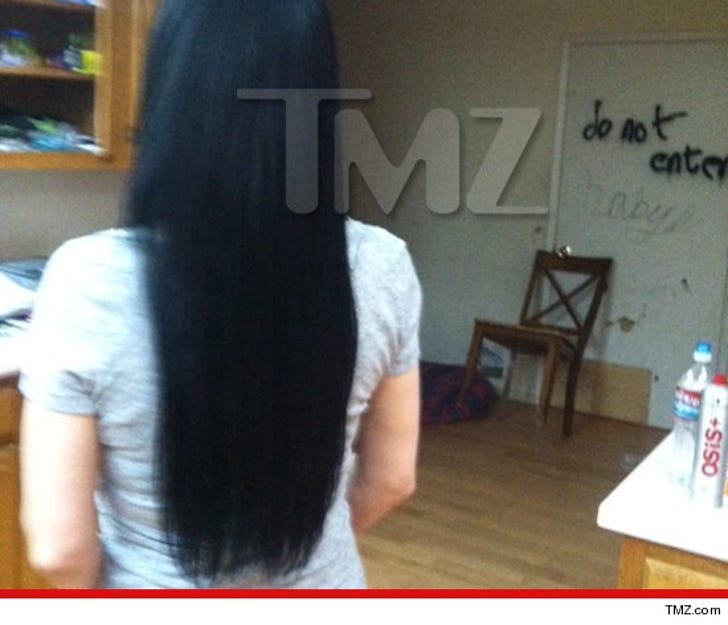 By the way, Stephanie also says while she was cutting Octo's hair, the mother of 14 locked her kids in the bedroom. Take a look at the pic -- notice the chair she used to keep the door shut.

9:00 AM PT: Octomom just walked one of her kids to a school bus -- we asked about the giant haircut check, but she had no response. PS -- nice Elmo slippers. 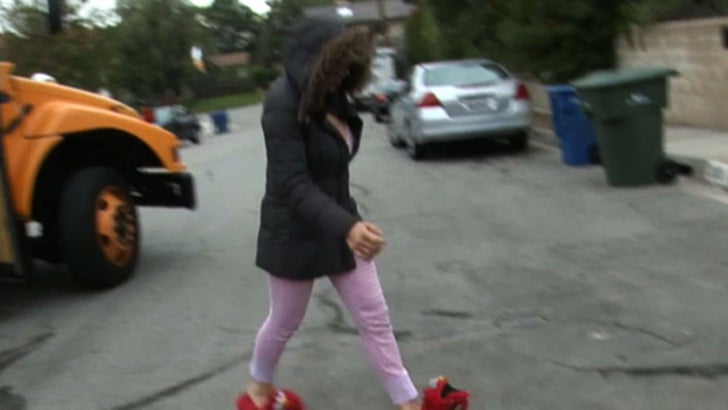