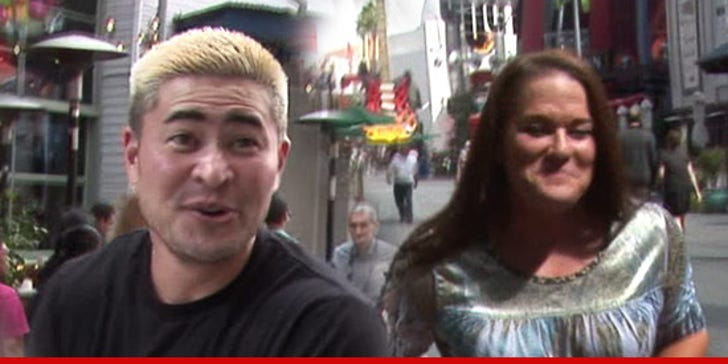 The Pregnant Man claims his estranged wife is a violent alcoholic ... who once hit him in the "crotch" during a heated argument in front of their kids ... this according to court docs obtained by TMZ.

Thomas Beatie -- a transgender man -- has officially filed divorce papers in an effort to end things with his wife of 9 years Nancy Beatie. In the docs, Thomas says he's been physically attacked by Nancy on multiple occasions.

In the papers, filed in Arizona, Thomas claims in February 2012 he tried to stop his "visibly intoxicated" wife from driving their 3 kids to daycare ... when she began to cuss him out and shoved him.

In the docs, Thomas says he called 911 ... but Nancy continued to be violent ...claiming, "She hit me in the crotch."

Thomas says it wasn't the first time Nancy attacked him -- he claims on January 17, 2012 Nancy woke him up at 2:00 AM by punching him in the face for no reason. Thomas explains, "This night, like every night, [Nancy] hovers over me, threatening me with physical and emotional abuse."

Nancy eventually filed court docs of her own ... denying Thomas' allegations ... and claiming it's THOMAS who's been physically and emotionally abusing her.

A hearing took place earlier this month, in which Thomas testified in open court. As a result, the judge issued a restraining order against Nancy -- barring her from going near or contacting Thomas or the kids ... outside of 3 supervised visits per week.

The next hearing in the case is scheduled for May 7 ... when the judge is expected to make further rulings on child support, spousal support and custody. 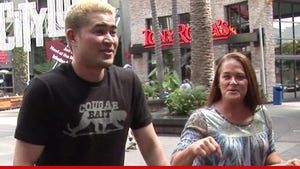 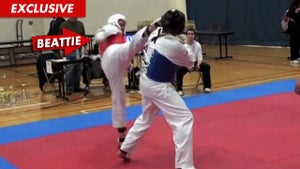 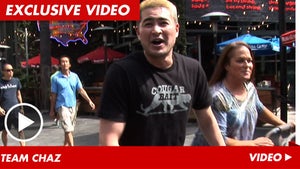