11:40 AM PDT: TMZ has obtained the police report describing the incident, and it reveals that the alleged victim is Hill's girlfriend, Darlene Luna.

According to the report, Luna dated Hill for 2 years. Luna claims Hill assaulted her and left bruises on her legs and then tried to choke her. It's interesting -- Luna's complaint to cops was lodged 1 month after the alleged incident.

The report says Luna was uncertain as to whether she'll press charges.

11:27 AM PDT -- A rep for the Lakers tells TMZ ... "We are aware of the media reports alleging an incident involving Jordan Hill from two months ago when he was a member of the Houston Rockets."

"We do not have any details regarding these reports and therefore, as well as due to the personal and legal aspects, it would not be appropriate for us to comment."

Los Angeles Lakers big man Jordan Hill has just been charged with felony assault for allegedly choking a family member during an altercation in Texas earlier this year ... TMZ has learned.

The charge was filed by the Harris County District Attorney in Houston. It's unclear whom Hill is accused of attacking.

The alleged incident took place on February 29. If convicted, Hill faces up to 10 years in prison.

24-year-old Hill was recently traded to the Lakers from Houston in exchange for Derek Fisher ... and has become a key member of the team.

Multiple attempts to reach a rep for Hill were unsuccessful. 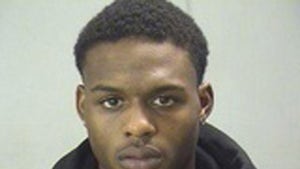 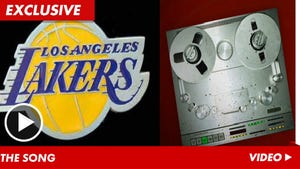