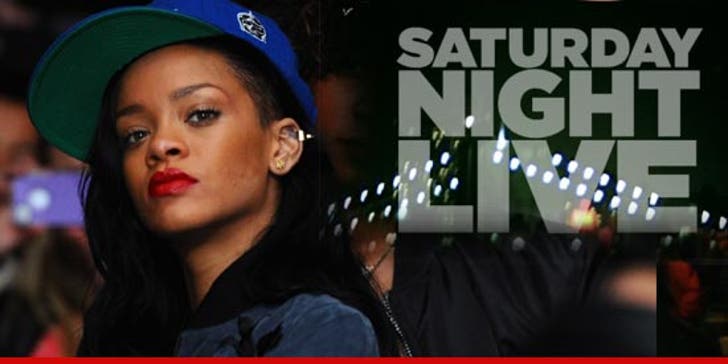 Rihanna was a no-show for her final rehearsal for "Saturday Night Live" last night -- which did not sit well with the show's producers, including head man Lorne Michaels ... TMZ has learned.

According to our sources, RiRi called in sick for the dress rehearsal, which is done live in front of a studio audience right before the actual show. We're told Michaels takes dress rehearsals very seriously and was quite upset when Rihanna bailed at the last minute.

Our sources say that in her place, Rihanna's choreographer danced to her songs.

When Rihanna showed up later looking just fine, we're told the staff was shocked ... and felt she didn't appear sick enough to have missed the dress rehearsal ... though no one from the show called her on it.

According to our sources, once the live show got going, Rihanna was seen eating an apple and walking around in between songs ... which bothered several staffers because she did not seem ill at all.

We're told producers can't even remember the last time someone has skipped the dress rehearsal.

Sources close to Rihanna tell TMZ she went through every rehearsal except the dress rehearsal (which she was in the building for) because she just felt too ill to do it. We're told RiRi had a doctor come to her dressing room before the show and administer a shot of penicillin before she went on.

A rep for the singer tells TMZ, "Rihanna was sick and needed to save her voice for the live show."