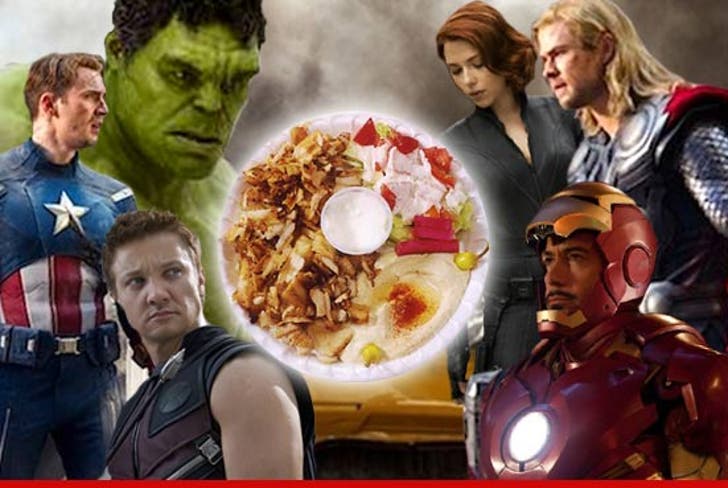 You may not have realized it when you were in the theaters this weekend, but "The Avengers" is not a movie ... it's a guerrilla marketing campaign for the shawarma industry!!! We'll explain ...

At the end of the "film," a scene within the credits shows the movie's stars eating lunch at an undisclosed location (not a secret lair or anything, they just didn't say). The meal of choice was shawarma ... a callback to something Robert Downey Jr.'s character had said earlier in the movie. 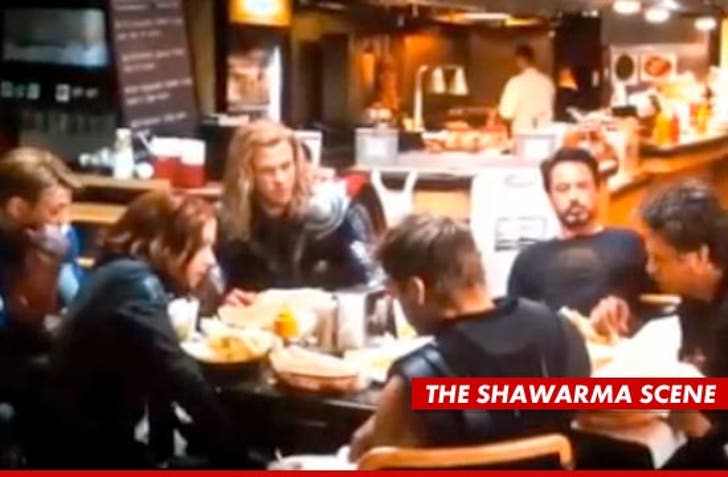 TMZ spoke with several different fine eating establishments all across Los Angeles ... and they all say sales of shawarma went through the roof this weekend.

At Ro Ro's Chicken -- a famed Lebanese joint in Hollywood -- the manager says shawarma sales jumped 80% in the days after the movie opened. We're told the same thing happened a few years back when a baba ghanouj joke was featured in "You Don't Mess with the Zohan."

And that's the last time we'll mention "You Don't Mess with the Zohan" ever again. 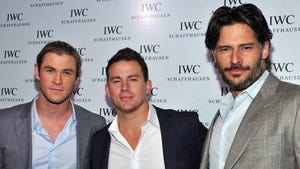 Chris Hemsworth, Channing Tatum or Joe Manganiello -- Who'd You Rather?