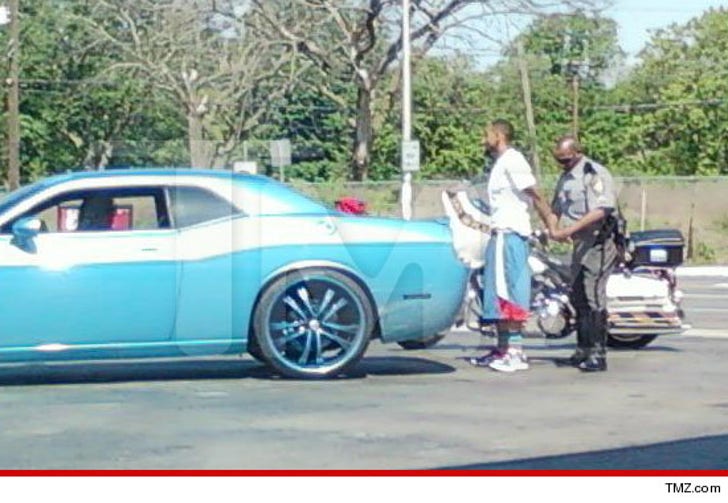 Philadelphia Eagles wide receiver DeSean Jackson was pulled over by law enforcement today while driving to his own charity event this morning ... TMZ has learned.

According to our sources, DeSean was on his way to a church in Philadelphia when he was pulled over by a state trooper. We're told the trooper seemed to recognize DeSean and began acting very rudely towards him.

Our sources say the trooper told DeSean he pulled him over for having tinted windows and suspected him of driving drunk. We're told the trooper ordered DeSean to perform a field sobriety test (see below). Keep in mind ... this occurred around 9:00 AM. 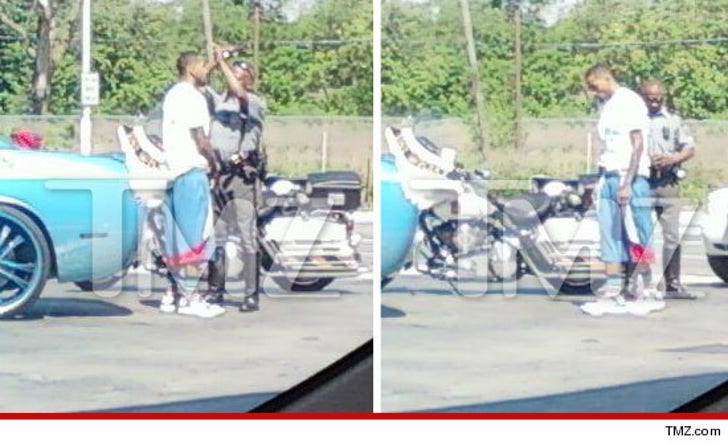 A witness on the scene tells TMZ the trooper was very rough towards DeSean and was yelling at him the entire time. The witness says DeSean never gave the trooper an attitude and followed his instructions at all times.

Eventually, we're told the trooper let DeSean go without a ticket and he made his way to the Triumph Baptist Church in Philly, where the event was being held. DeSean founded the DeSean Jackson Foundation for Pancreatic Cancer after his father died from it in 2009.

Calls to the Pennsylvania State Police were not returned.