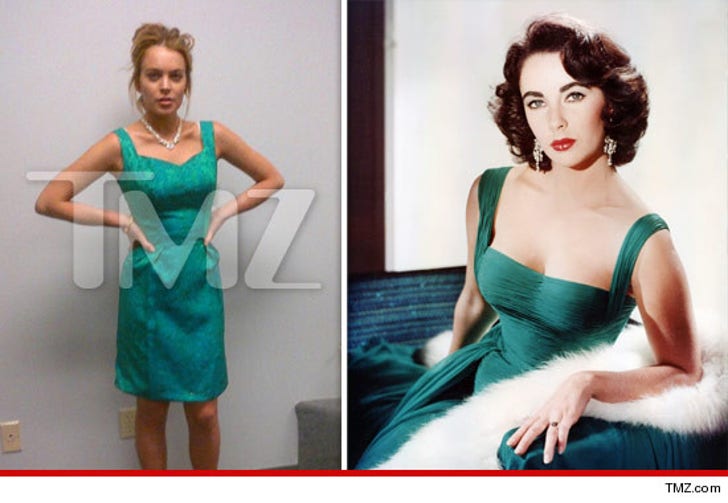 Lindsay Lohan's finally looking the part -- trying on some crucial Elizabeth Taylor-inspired outfits for her new movie ... and TMZ has obtained pics of the wardrobe action.

Sources close to Lindsay tell TMZ, the actress is dead set on nailing Liz Taylor in her upcoming Lifetime movie "Liz and Dick" -- so she's spending countless hours trying to pick out the PERFECT outfits for the role.

We’re told Lindsay has final say on all wardrobe decisions for the film and has been giving major input into how to perfect Liz’s looks.

As we reported, Lindsay's been obsessing over Liz trying to get into the Hollywood legend's head, studying her constantly for the last few months.

The photos were snapped earlier this week during a wardrobe fitting. The first outfit was selected to recreate a famous photo shoot from Elizabeth's teenage years. The second is based on a Valentino dress Liz once wore.

"Liz and Dick" is scheduled to start shooting next month. 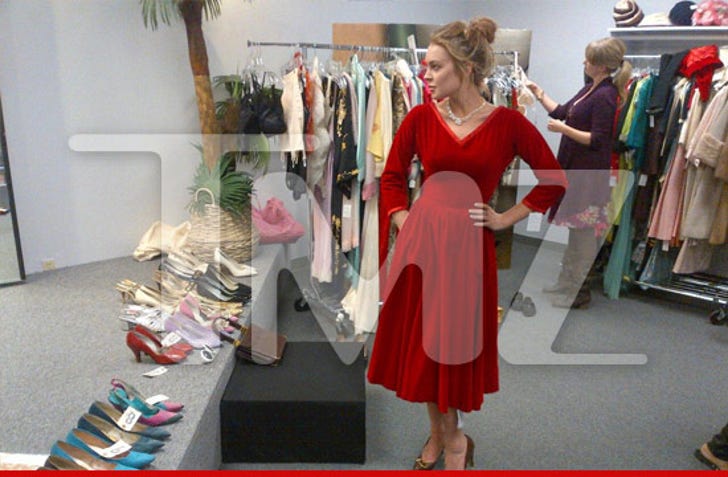