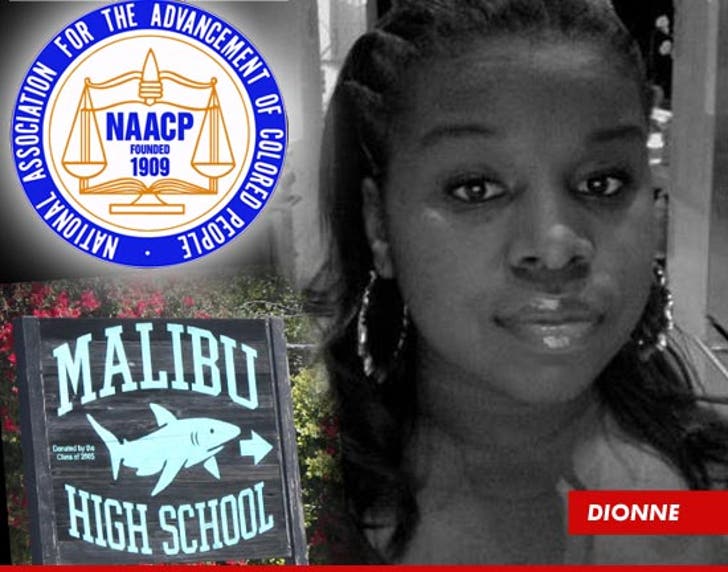 The NAACP is demanding the removal of a Malibu teacher who allegedly used the movie "Bridesmaids" as inspiration to repeatedly slap a black student in class ... TMZ has learned.

TMZ broke the story ... Dionne Evans (above) -- a 9th grader at Malibu High School -- filed a police report last week, claiming the teacher slapped her in the face 6 times because Dionne forgot to bring her notebook to class.

According to the police report, the teacher made Evans stand in front of the room ... then asked, "Did you see 'Bridesmaids'?" before slapping her multiple times ... a reference to a scene in the movie where one character literally tries to slap some sense into another.

Now, the President of the Santa Monica branch of the NAACP tells us, the organization is looking into the incident -- and will attend a school district meeting tonight, insisting that the teacher be placed on administrative leave while the matter is investigated.

We're told Dionne's family and their lawyer Donald Karpel met with the NAACP on Tuesday for several hours to discuss legal options.

As we reported, the L.A. County Sheriff's Department is also investigating. Still no word from the school or the teacher. 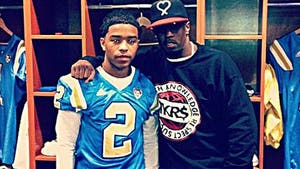 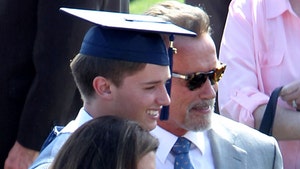 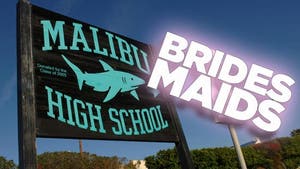 'Bridesmaids' -- SMACK in the Middle of Teacher Abuse Case