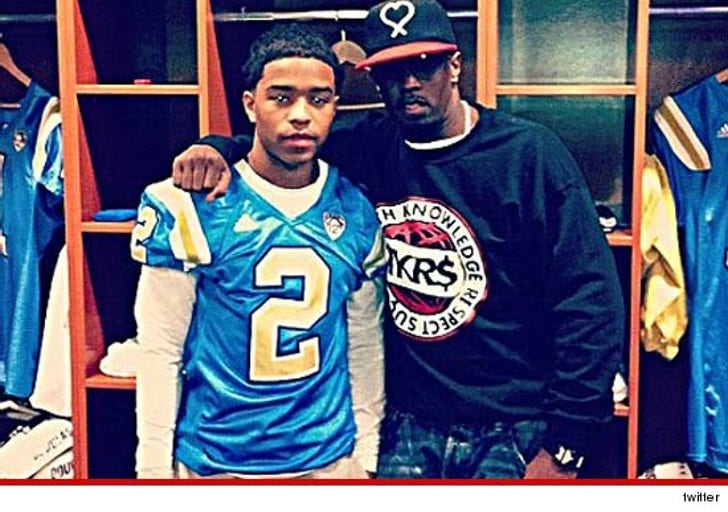 Diddy's son might be the RKOC (richest kid on campus) ... but Justin Combs' fellow UCLA student-athletes say daddy big bucks shouldn't have to pay a dime -- because Justin earned his scholarship fair and square.

Diddy's been slammed since it was announced this week his son is getting a full-ride scholarship -- $54,000 worth -- to play football at UCLA. The criticism is that Diddy should foot the bill himself ... leaving the scholarship available for a more needy student-athlete.

However, multiple student-athletes -- some on scholarship, some off -- tell TMZ Diddy's millions are a non-factor because, "If you're good enough to play football that you're getting recruited, it doesn’t matter how much your parents are making."

Another student -- a junior volleyball player -- said Justin "should be able to get [the scholarship] if he's qualified. If he's good enough on field ... I don’t think what his father does should play a role."

Of course, a high school senior struggling to get into college might feel differently.