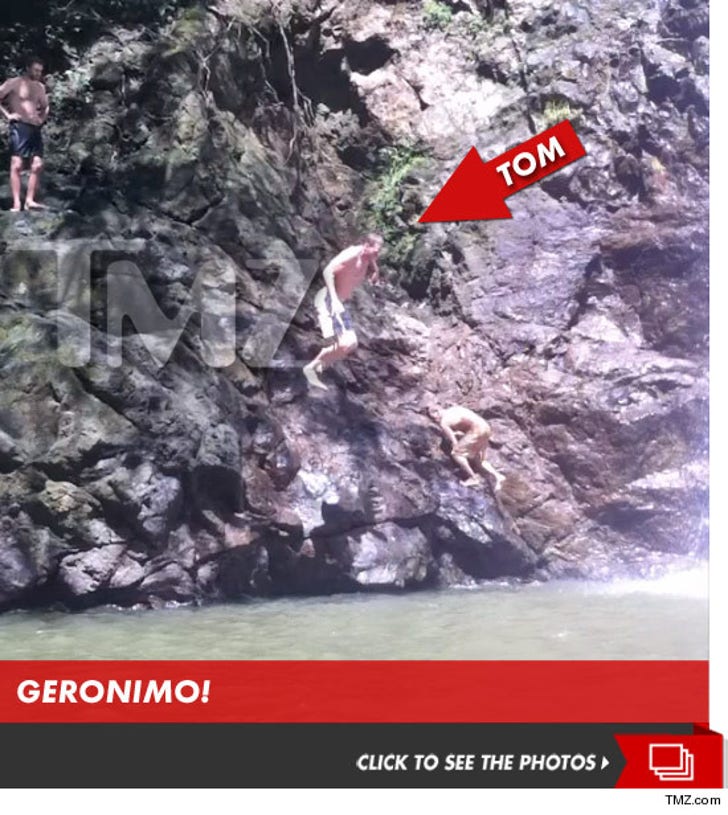 Tom Brady loves to put the future of the New England Patriots in jeopardy -- because last week, he partook in some extremely risky behavior for an NFL quarterback ... jumping off a MASSIVE waterfall in Costa Rica.

It all went down in Montezuma July 16 -- Tom, Gisele, and some buddies went swimming ... and subsequently decided to tempt fate by throwing themselves off a giant rock face.

Thankfully for Pats fans, Brady wasn't injured -- but we're guessing his coaches won't be pleased by the photographs. 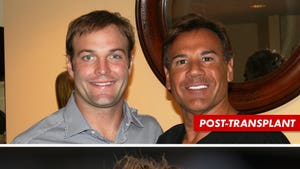 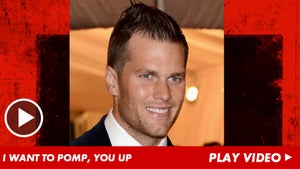 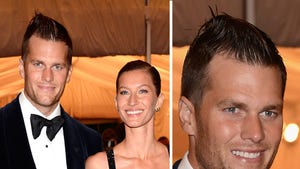 Tom Brady -- Gisele MUST Be Behind Ridiculous New Hairdo