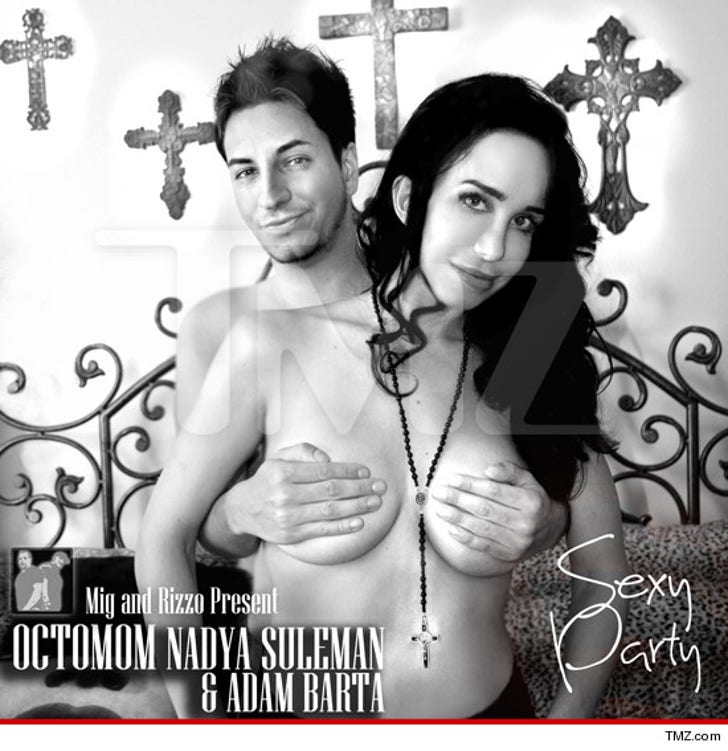 We can all thank Madonna for Octomom's topless album cover ... because the mother of 14 says the pop icon inspired her to bare it all for her music.

As TMZ first reported, Octo is releasing a single with reality TV star Adam Barta -- but they've changed the title of the song from "Get on the Dance Floor" to "Sexy Party."

Sources close to Octo tell TMZ ... the cover art for "Sexy Party" is 100% Madonna inspired. We're told the pop singer's "Like a Virgin" style and need to sing about liberation struck a chord with Octo and she wanted to pay homage to that with her album art.

Sources tell us ... the crosses in the background, the rosary and even Octo baring her boobies (sans nipples) was all in honor of Madge.

Just in case you forgot, the single drops September 4... so there's still plenty of time to uninstall iTunes. 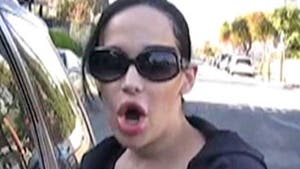 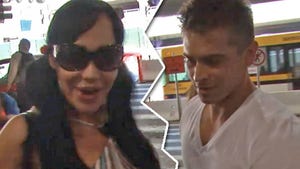 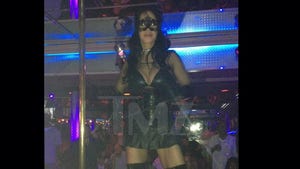 Octomom -- I Stripped My Way Off Welfare