Legendary Hollywood composer Marvin Hamlisch -- one of the few people in the world to win an Emmy, Grammy, Oscar and Tony award -- suffered from brain damage in the weeks before his death but ultimately succumbed to lung failure, this according to his death certificate.

TMZ obtained the document, filed in L.A., which shows Hamlisch died on August 6th primarily from respiratory arrest (lung failure) ... caused by a combination of anoxic brain encephalopathy (failure of oxygen to reach the brain) and hypertension (high blood pressure).

The document shows Hamlisch suffered from A.B.E. in the weeks before his death, though it's unclear if he was aware of the condition or exhibiting symptoms.

Hamlisch won 2 Academy Awards for composing the music for "The Way We Were" and one Oscar for "The Sting." He also worked on music for "Sophie's Choice," "The Spy Who Loved Me" and "A Chorus Line." 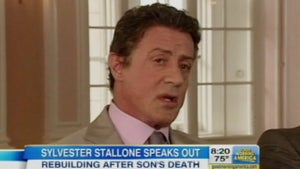 Sylvester Stallone on Sage's Death -- Horrible ... But 'Reality in Life' 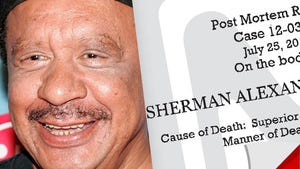