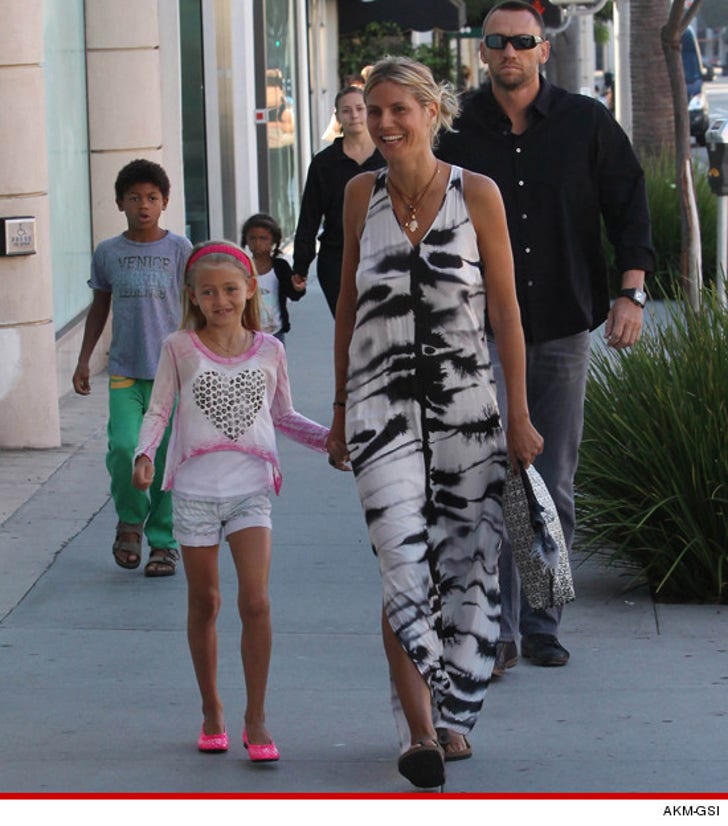 Heidi Klum did not seemed fazed by Seal's claim she cheated on him "with the help" during their marriage ... because she seemed carefree as she had breakfast with the help/bodyguard in Beverly Hills today.

Seal told TMZ last night at LAX ... she was "fornicating" with the bodyguard during the marriage and that's what broke it up. Seal added that Heidi lacked class.

Heidi -- who was joined by her kids for the Bev Hills meal -- claims Seal explosive temper torpedoed the marriage.