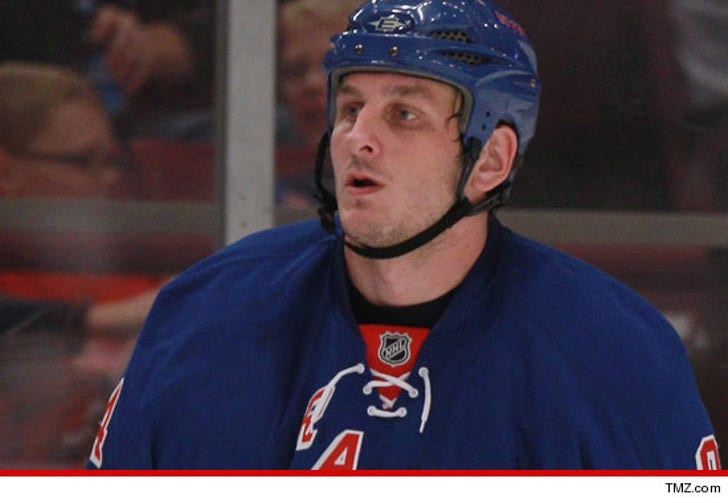 The parents of former NHL player Derek Boogaard -- who died last year -- have filed a $9.8 million lawsuit against the NHL Player's Association, claiming the org. FAILED to take the proper steps to help them collect the balance on Derek's NHL contract after he passed away.

In the lawsuit, Derek's parents claim he was addicted to prescription pills at the time of his death ... partly because he had been prescribed "a multitude of narcotics and sleeping pills by both the team doctors, physicians, trainers, and dentists of the New York Rangers and the Minnesota Wild."

Because Derek's parents believe the NHL teams are partly responsible for their son's death, they turned to the NHL PA which promised to help them file a grievance to get the Rangers to pay out the rest of Derek's multi-million dollar 4-year contract with the team.

But, according to the lawsuit, the NHL PA failed to file the grievance by the required deadline, so the Boogaards were unable to collect ... and now the Boogaards are PISSED.

Derek's parents are demanding the NHL PA make things right by shelling out the $4.8 million PLUS $5 million in punitive damages.

A rep for the NHLPA tells TMZ, "We are saddened to read reports that the parents of the late Derek Boogaard have filed a lawsuit against the NHLPA. We have not been served with or seen a copy of the complaint, but we are confident that there is no meritorious claim that can be made against the NHLPA in regard to Derek's tragic death. It is not appropriate to comment further at this time."