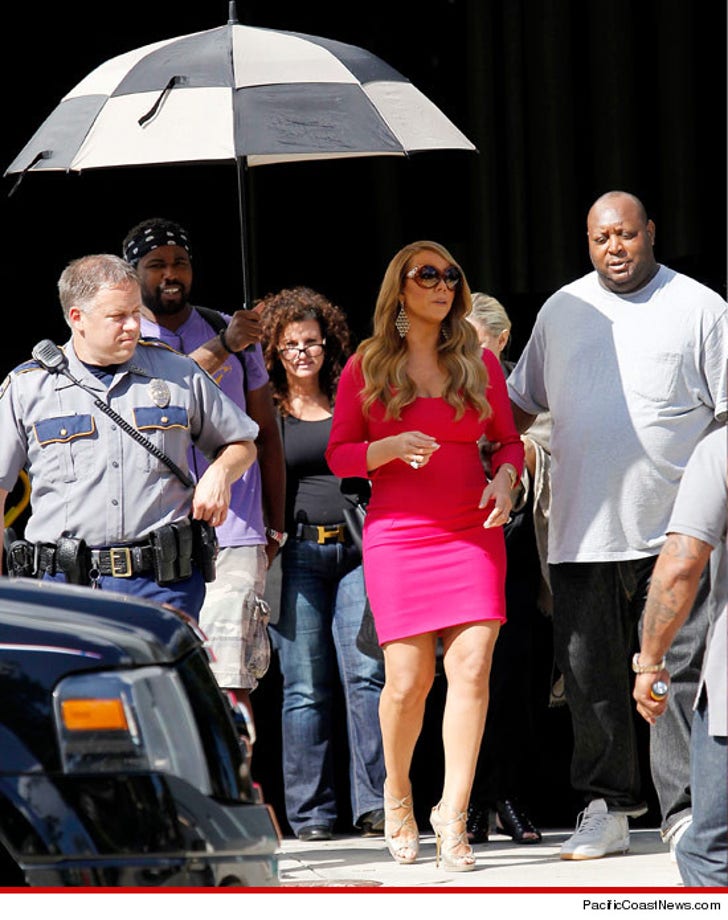 Mariah Carey got a full police AND umbrella escort on her way out of an "American Idol" photo shoot in Baton Rouge yesterday -- 'cause the only thing more harmful than angry rappers are those damn UV rays.

Carey had told Babwa Wawa that she bulked up her security team after Nicki Minaj allegedly threatened to shoot her with a gun during their blowup earlier this week ... and Thursday she proved she ain't messin' around.

Sources tell us ... Mariah and Nicki both participated in the shoot -- and even posed for pics TOGETHER. We're told the shoot was peaceful, but it's clear the hatchet is not buried.

Tomorrow, the gang has another round of auditions ... and that's when tensions really start to heat up. 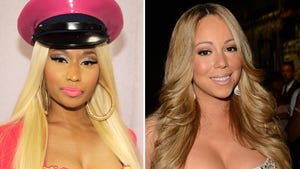 Nicki Minaj vs. Mariah Carey -- Who'd You Rather? 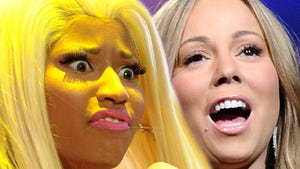