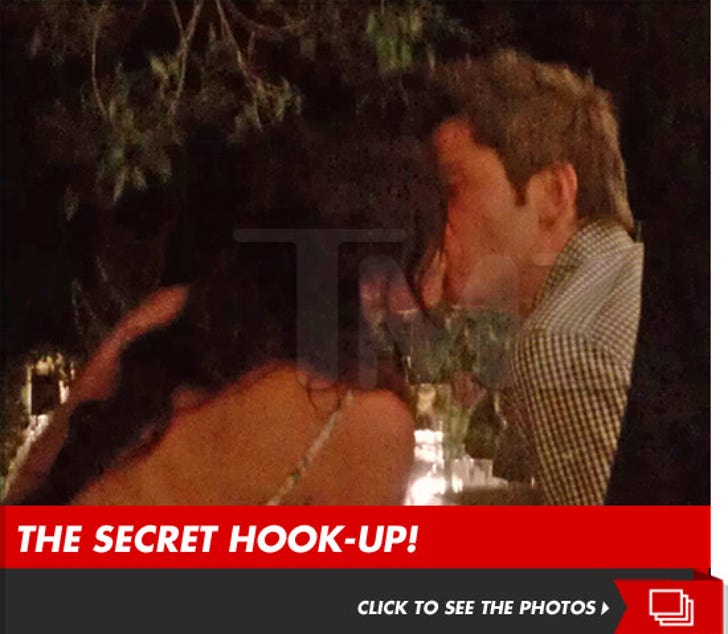 Courtney Robertson is one helluva rebounder ... 'cause days after she split from "Bachelor" Ben Flajnik ... she was TOTALLY MAKING OUT with one of the rejects from "The Bachelorette."

TMZ obtained pics of Courtney sucking face with Arie Luyendyk Jr. -- who took 2nd place on last season's "Bachelorette" when he was shot down by Emily Maynard.

Of course, Courtney was SUPPOSED to marry Ben after he picked her on the "Bachelor" finale earlier this year ... but they split last week claiming things just weren't working out.

But it didn't take long for Court to move on ... 'cause Thursday night, she and Arie had dinner together at the fancy Quiessence Restaurant in Phoenix -- and we're told they were all over each other the whole time.