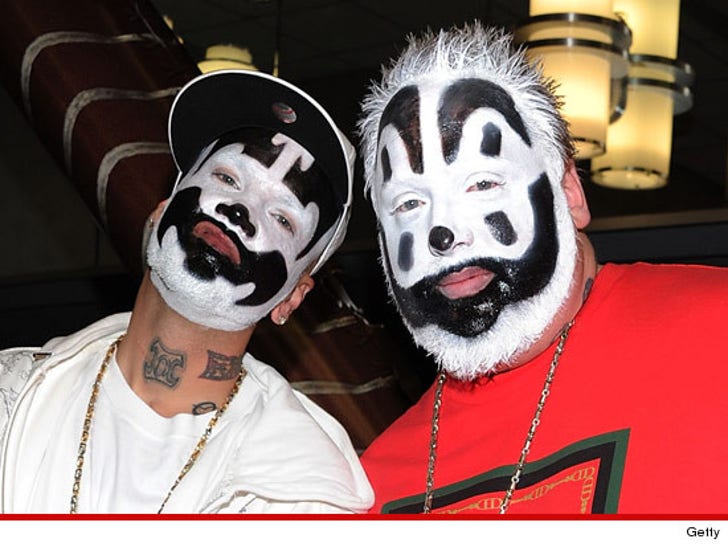 The Insane Clown Posse says they've been forced to relocate their Halloween concert ... after police in Royal Oak, Michigan voiced concerns about the "type of crowd they bring" ... TMZ has learned.

Of course, the "crowd" in question is the Juggalos -- a group which the FBI has classified as a dangerous street gang. ICP says the FBI is wrong ... they're just REALLY passionate fans.

A rep for ICP tells TMZ ... the group had booked the Royal Oak Music Theater for the venue of their "Hallowicked" show -- and it had nearly sold out when suddenly the venue decided to cancel the event.

ICP is convinced ROMT backed out at the behest of the police ... who raised several issues, including the FBI's assessment of the Juggalos as a gang.

The Royal Oak Police Dept. tells TMZ ... they never FORCED the venue to cancel, but did ask them to "reconsider" because of the "the type of crowd they bring."

The cops tell us ... they were also “concerned about the amount of resources they had available that night.”

ICP has since relocated their show to The Fillmore theater in Detroit -- and insist "Halloween will not be spoiled."