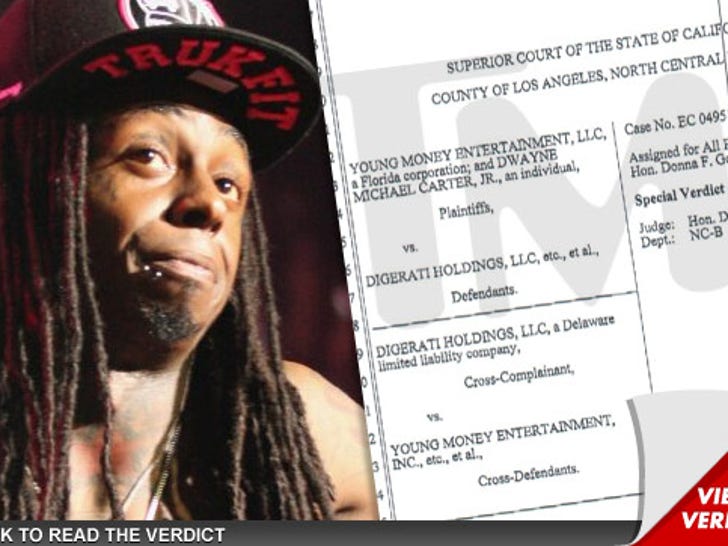 Lil Wayne just lost his case against Quincy Jones III over the documentary about the rapper, and even worse for him, he lost the countersuit QIII filed against him.

We broke the story ... Lil Wayne never showed up in court for his trial. The day he was supposed to testify he was a no-show because he had suffered several seizure-like episodes and was prohibited from flying. As a result, his lawyer was left to show the jury Wayne's deposition, in which he refuses to answer questions and mocks the proceeding.