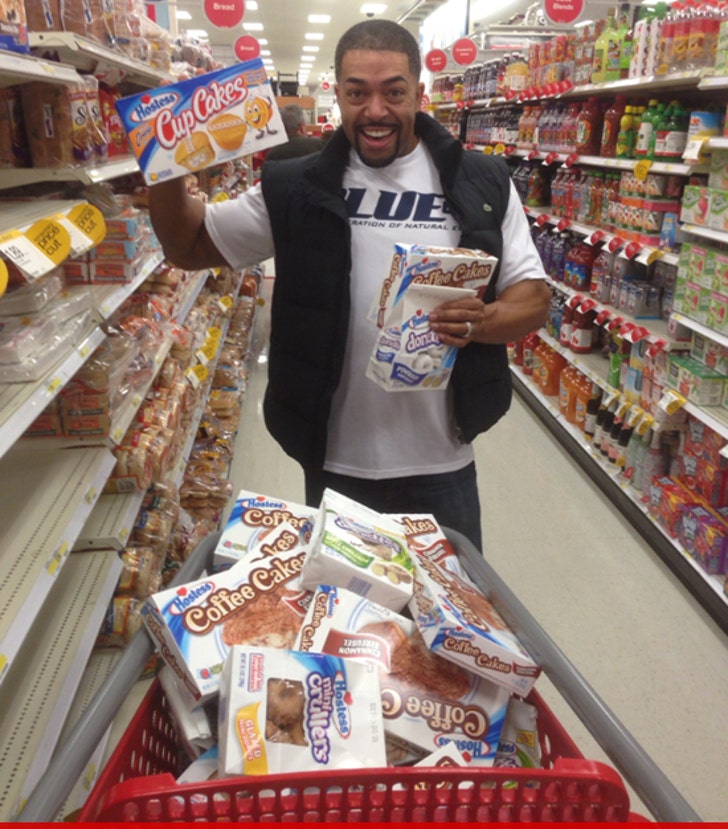 WWE star David Otunga isn't taking any chances now that Hostess has announced it's closing up shop -- stocking up on EVERY POSSIBLE HOSTESS SNACK EVER on Friday -- and TMZ has the heart-stopping picture to prove it.

Otunga -- who's ironically engaged to Weight Watchers spokeswoman Jennifer Hudson -- tells TMZ he was devastated by the news Friday that Hostess is going out of business ... so he scrambled to a Hostess outlet in Chicago to salvage whatever snacks he could.

But he was too late -- the entire outlet was empty -- so Otunga ran to his local supermarket instead, where he managed to squirrel away a shopping cart filled with roughly 80,000 calories.

Otunga tells us, "I don't want my son to go without Twinkies." 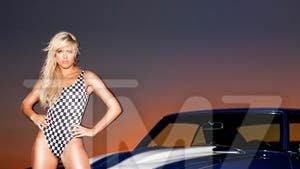 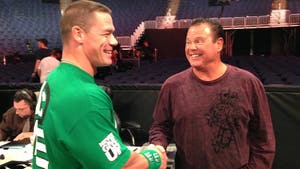 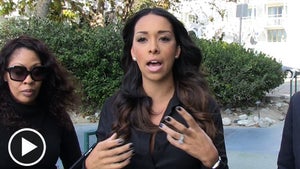