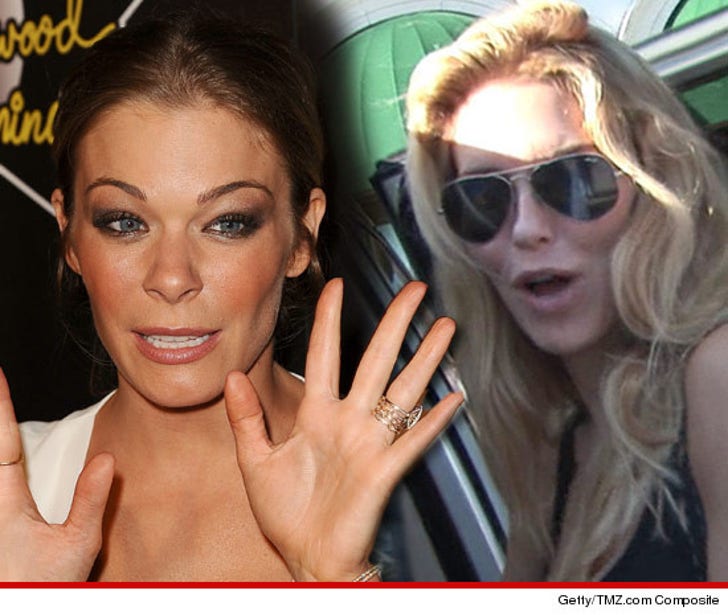 LeAnn Rimes is full of crap ... but in a good way ... 'cause the singer tells TMZ she's NOT addicted to laxatives ... despite allegations made by "Real Housewife" Brandi Glanville.

Specifically Brandi claimed LeAnn carelessly let one of the boys eat one of her laxatives and it made the lil guy sick -- AND she said LeAnn carries the pooping pills everywhere she goes, due to a "serious eating disorder."

LeAnn tells TMZ ... Brandi's "outlandish allegations" are 100% B.S. She doesn't have any diseases or addictions ... and while she's tried to remain silent in the past -- out of respect for their families -- there's only so much "harassment" she can take.

LeAnn continues, "It's a shame to have one party constantly spreading lies. I know this drama is exactly what she wants to create. But Eddie and I hope for everyone's sake, this changes."