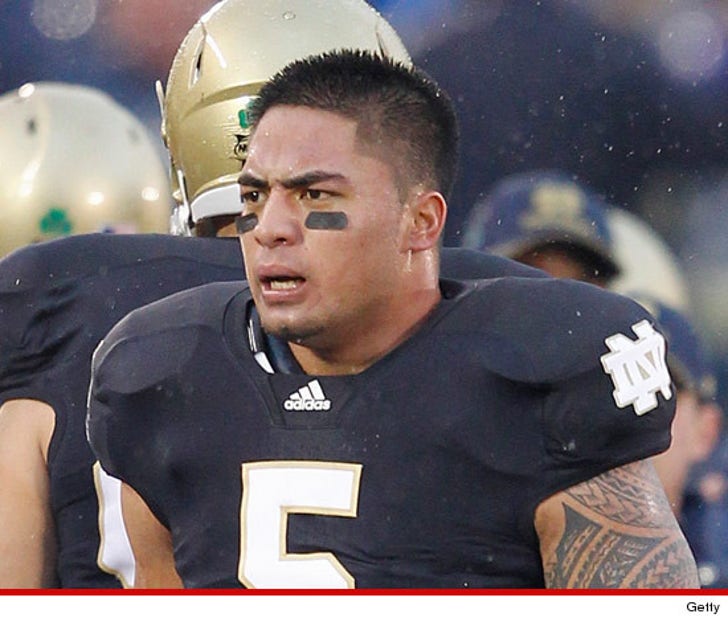 Manti Te'o's emotions were too real ... too authentic ... to have been lying about the fate of Lennay Kekua -- this according to the family of a 12-year-old cancer victim who met with the Notre Dame star after the death of his supposed girlfriend.

TMZ spoke with Brian and Louise Smith -- who received a letter from Manti back in October when he learned their 12-year-old daughter, Bridget, was suffering from cancer.

In his letter to the family, Manti said he knew what they were going through, since his girlfriend had just passed away from cancer.

After Bridget passed away, Manti met with her parents and they shared an emotional moment together.

Louise tells TMZ ... Manti was full of humility and kindness when they met ... and only cared about how they were doing in light of the family tragedy.

Louise says he seemed like such an honest, real person ... "It's very hard for me to believe he made this up. I don't believe it for a second."

"There's no way this guy knew anything about this hoax."

Louise also says ... after the family received the initial letter from Manti, she reached out to Te'o and asked if she could share the details of the letter with the media.

Louise says Manti replied, "That's up to you ... it was for you and your family. You do with it what you wish."

Her point -- Manti was not about the publicity, but felt a real connection over what he thought was a real loss.

Are you buyin' what he's sellin'? 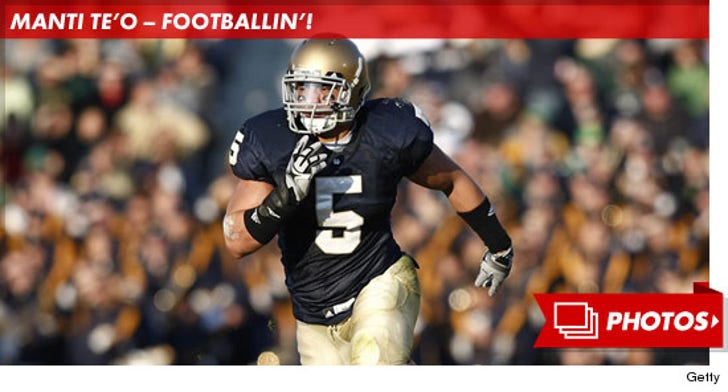