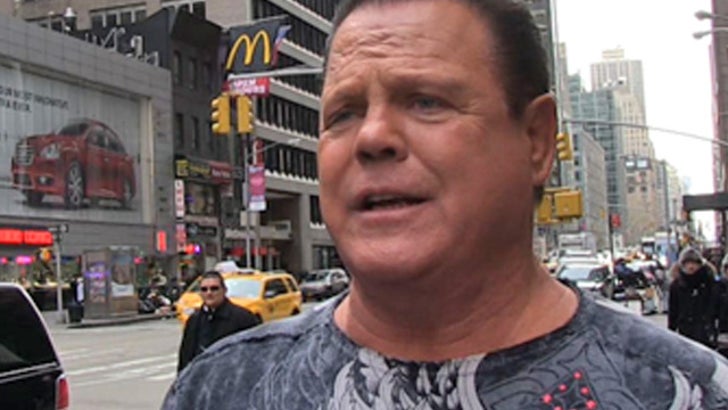 Jerry "The King" Lawler says he clinically died on live TV ... only to be brought back to life ... which now makes him A BONA FIDE ZOMBIE!!!

Jerry was out in NYC Friday (looking very much alive) when our photog asked him all about his recovery. You'll recall, Lawler suffered a near-fatal heart attack last year, while taping an episode of "Monday Night Raw."

Jerry says he's "good as new" and even wants to get back in the ring at some point.

But more importantly, he's thinking of changing his name to Jerry "The Walking Dead" Lawler ... considering he "actually died on live TV" and then came back to life. Just like a zombie would.

If they were real (which they totally are). 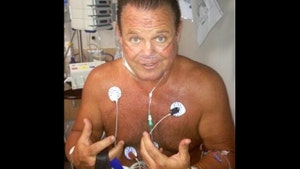