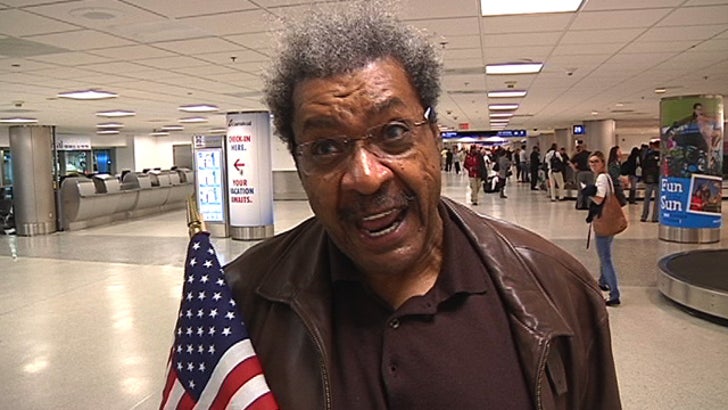 Legendary boxing promoter Don King could be done with boxing for good ... because he's now hyping the FOOD INDUSTRY -- promoting a recent "Top Chef" cast-off in the hopes of helping her open her own restaurant.

81-year-old King was in Miami yesterday when he explained he had taken Chef Josie Smith-Malave under his wing ... and is now rallying to get her another shot on the show ... and better yet, her own fried chicken chain.

Chef Josie was recently eliminated from "Top Chef: Seattle" for an overspiced fried chicken recipe -- but King tells us, "I feel she was unjustly relieved [from the show]. What we want to do is put her back. We want to vote her back in through the process."

King -- who spoke to Chef Josie for the first time last week -- says he's not doing this for the money ... he's just a fan of Josie's cooking.

King adds, "Chef Josie is the people's chef. She's a master of culinary art for the people ... Her food is ambrosia for the masses and the classes!" 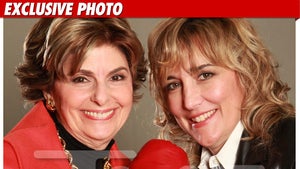 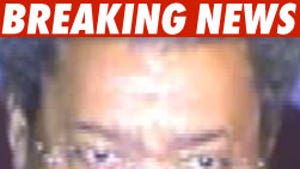 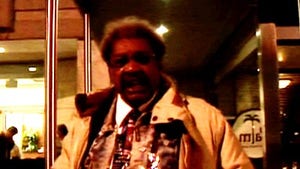 Don King - I Was Obama When Obama Wasn't Cool