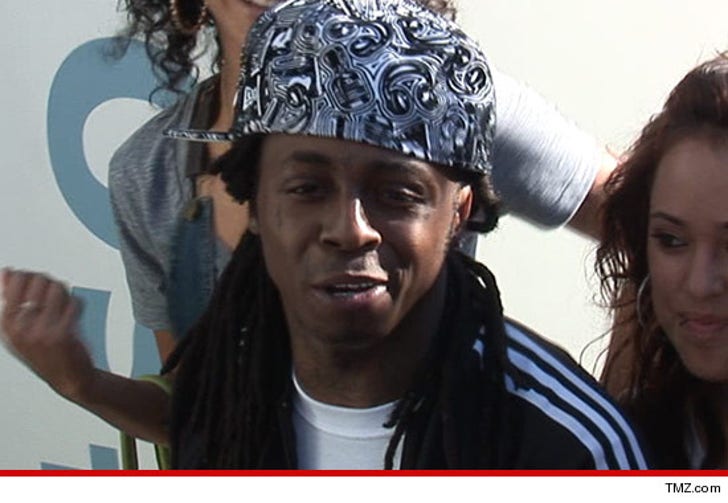 3:45 PM PT -- A rep for the Miami Heat tells TMZ, "In response to your inquiry, please note that Lil Wayne was not ejected from the building. He chose to leave."

Lil Wayne was in the crowd for today's Miami Heat/Los Angeles Lakers game -- we say WAS because the rapper claims he got kicked out for rooting for the wrong team!

Wayne -- a big hoops fan -- tweeted a short time ago that he got tossed from AmericanAirlines Arena in Miami because he was rooting for the Lakers. When in Rome ...

Weezy is no stranger to beefing with NBA teams -- during last year's playoffs he bitched about not being allowed into an Oklahoma City Thunder game ... which the team says was because he just didn't have a ticket.