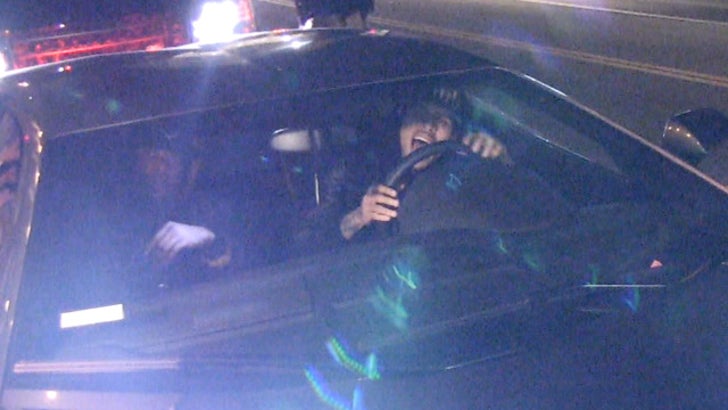 Chris Brown was the victim, for a change, in an aggressive face-off with a heckler who got dangerously close to Chris' car, then yelled to CB ... "Is that motherfu**er bulletproof?!"

The scary incident went down outside L.A. nightclub "Playhouse" -- Chris was making a quick exit in his Lamborghini when the man ran up to the car and started yelling, "I ain't never seen a ni**er jump in a car that fast, ni**er."

The man -- who's African-American -- continued a non-stop verbal assault on Chris ... saying, "Yo, scary-ass Chris is that motherfu**er bulletproof?" That's when the tension really amps up because Chris appears to yell back at the heckler ... asking if he's bulletproof.

Before Chris drives away, he rolls down the window of his car ... and you can hear someone (sounds like Chris) warn the heckler, "Don't get f**ked up out here, my n**ga."

Watch the clip ... it's hard to tell if the heckler is really drunk, really angry ... or both.

We gotta give props to Chris -- who's still facing a possible probation violation -- because he drove off without getting into it with the douchey heckler. 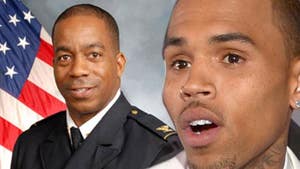