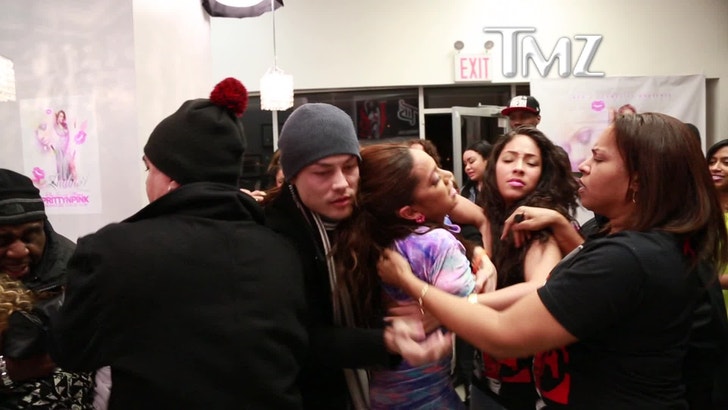 Another day, another RAGING SHE-FIGHT involving one of the stars of "Love & Hip Hop" ... with hair-pulling, name-calling and a nasty panther-like, claw-first takedown ... and TMZ has the footage.

It all went down at a fancy party inside a nail salon in Manhattan ... when Erica Mena got into a heated discussion with a blonde lady named Tiffany.

Multiple people who were at the party tell us the two were squabbling over a man ... and Tiffany implied that she had hooked up with Erica's BF in the past.

People rushed in to break up the girls ... but both women made it clear -- THEY WANTED TO FIGHT.

At one point, a man steps in to restrain Erica ... and she threatens to slap him in the face unless he got out of her way. She even gives the dude a pretty nasty forearm to the body.

But just when she thinks she's safe, Erica is BLINDSIDED by Tiffany ... who somehow crept up from the side, and pounced on her prey like a ferocious ocelot (look it up, they're awesome).

After the incident, Erica took to Twitter to declare victory ... saying, "Yeah I knocked @Tiffsway The F*ck Out Tonight SOO Classic! … She wanted A Min of Knock out fame and got it!!!” 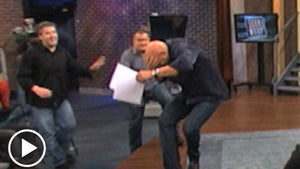 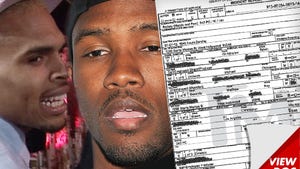