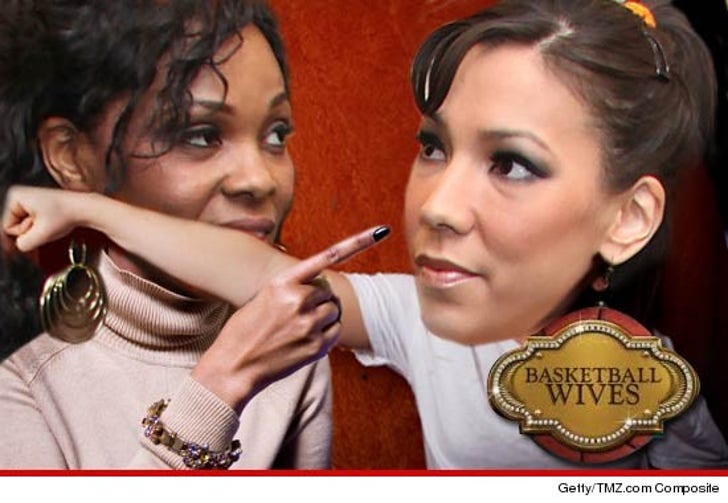 Beware of flying meatballs ... "Basketball Wives" stars Suzie Ketcham and Kenya Bell got into an all out physical brawl on set last week ... that started when one threw a plate of meatballs at the other.

Sources close to the production tell TMZ that the fight went down at a restaurant in L.A. where the cast was taping an episode for season 5 -- in which Kenya (who was fired last year) was temporarily brought back to settle her beef with Suzie.

But it didn't go as planned ... OR DID IT??? We're told the two got into a heated verbal exchange ... which quickly escalated when Suzie threw her plate of meatballs across the table, striking Kenya.

According to our sources, Kenya fired back by lunging at Suzie and then punches were thrown on both sides. Producers were forced to step in and break it up.

Our sources say fellow cast members Evelyn Lozada and Tami Roman walked away -- wanting no part in the melee. Police were NOT called to the scene.

We're told the fight WILL be shown in the upcoming season. Of course it will. 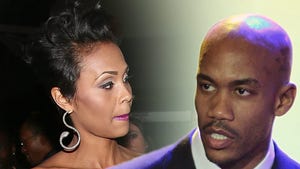 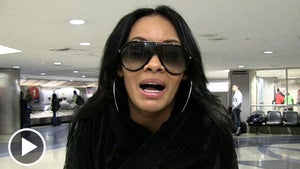 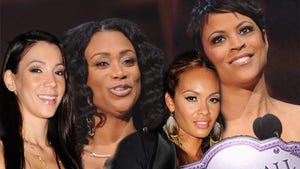