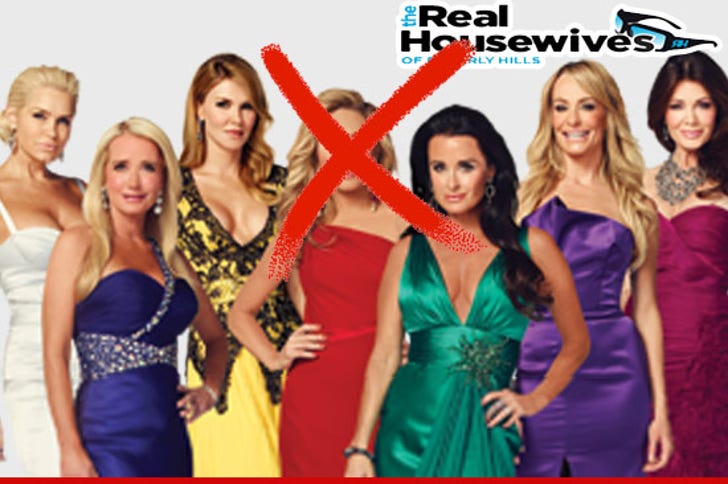 Adrienne Maloof has shut down Bravo's plea to appear on the "Real Housewives of Beverly Hills" reunion show ... and TMZ has learned it all has to do with a secret document she signed with estranged hubby Paul Nassif.

Sources connected with the former couple tell TMZ ... Adrienne and Paul signed a restraining order as part of their divorce, prohibiting them from talking about each other, their kids or the divorce.

We're told Adrienne has been advised she should not go on the show because it's a certainty the other women will attack her over the divorce and Adrienne can't legally defend herself.

Sources say it got "ugly" between Bravo and Adrienne, because the network felt she had an obligation to appear.

One final semi-related point ... Brandi Glanville has been saying Adrienne filed a lawsuit against her, but we found out that's not the case. It seems Brandi is friends with a lawyer who has done business with Adrienne and Adrienne believes the lawyer has been "spilling secrets" about her to Brandi. Sources say Adrienne's lawyer sent Brandi's lawyer friend a letter telling her she had better shut up ... or else.

We're told ... Adrienne's not coming back to the show for next season.