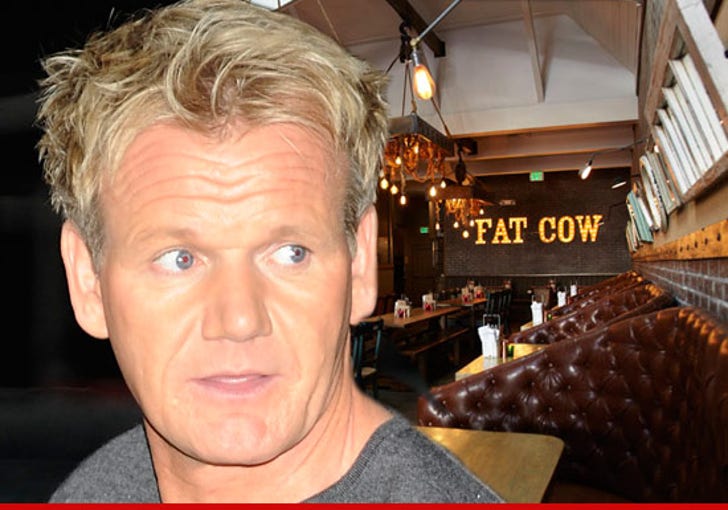 Gordon Ramsay faces a really expensive restaurant bill ... and we're not talking $300 for foie gras and sturgeon. We're talking about a $45k bill for stuff you can't even eat.

According to a lawsuit filed by the company that outfitted the joint, Gordon paid some of the bill but not all -- there's a pesky $45,350.35 balance which allegedly has gone unpaid.

So Gordon is going to court, where the cafeteria food is abysmal. Trust us.

We reached out to Ramsay's reps ... but the lawsuit hasn't been delivered to their table.