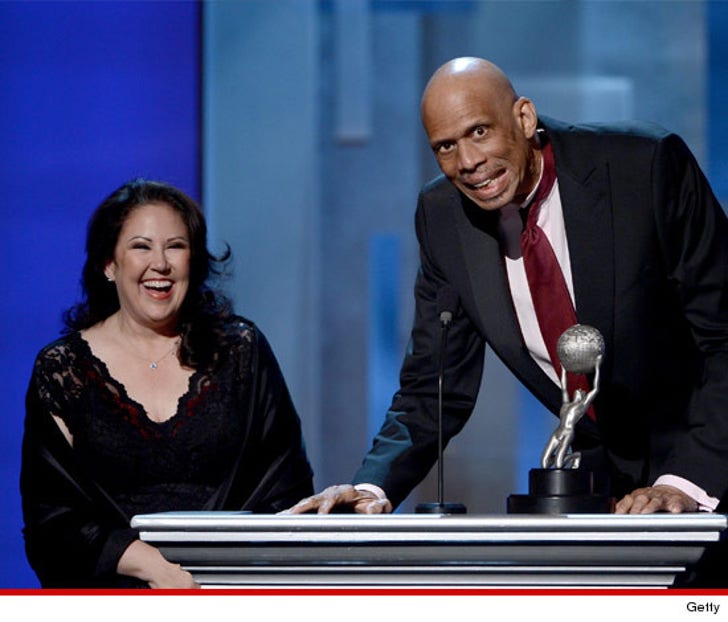 Kareem Abdul-Jabbar's kids charity is a sham ... a front to swindle cash ... this according to a new lawsuit.

Deborah Morales
, Kareem's manager and longtime personal friend, negotiated with Julien's and -- as part of the deal -- she allegedly got them to donate $300K to the famed bballer's Skyhook Foundation charity.

Julien's says after it forked over the cash, it discovered Skyhook was not in the charity business at all. It was a front to pad the pockets of Skyhook's mucky mucks ... according to the lawsuit.

Julien's wants Morales to return its $300k and punitive damages to boot.

BTW ... Kareem is NOT named as a defendant.

We've reached out to reps for Kareem, Skyhook, and Morales -- but haven't yet heard back.

Looks like Kareem will be forced to get back on defense.