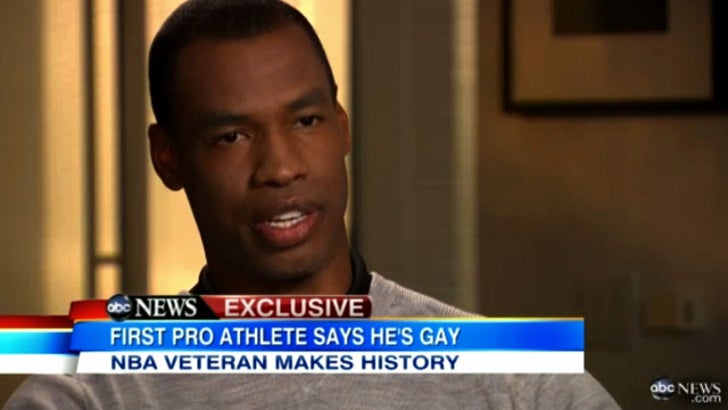 NBA star Jason Collins -- who instantly became a national symbol as the first openly gay professional athlete currently playing -- says he doesn't know any other gay players in the NBA.

Collins appeared on GMA this morning ... saying he always knew he was gay but fought it hard.

Collins says he was engaged at one point but called it off, because he felt he would be getting married for the wrong reasons -- he felt he was doing it to convince himself that was the life he should lead.

Collins praised the Prez for calling him and voicing support, and also said one of his true heroes is tennis legend Martina Navratilova ... who has been openly gay for years.