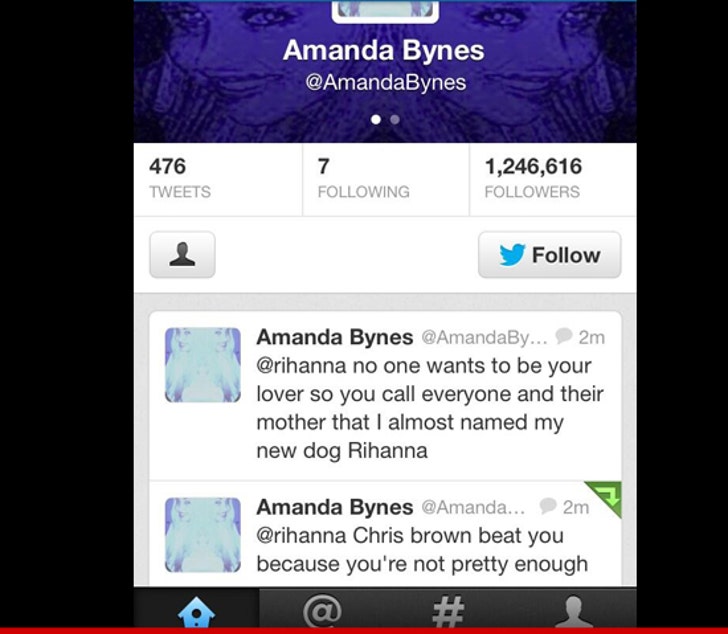 Amanda Bynes just inexplicably railed on Rihanna on Twitter, saying Chris Brown beat her because she's ugly ... but RiRi got the last word and it was AWESOME.

Bynes tweeted -- and quickly deleted -- "@rihanna Chris Brown beat you because you're not pretty enough."

She followed that up with another insult -- about wanting to name her dog Rihanna. It's unclear what set her off.

RiRi clearly got wind of the deleted tweets, because she just posted the BEST COMEBACK EVER:

Ya see what happens when they cancel Intervention?

UPDATE 11:03 AM PT -- Amanda has already responded (and already deleted):

"@rihanna unlike ur fugly faced self I don't do drugs! U need the intervention dog! I met ur ugly face in person! U aren't pretty u know it!"