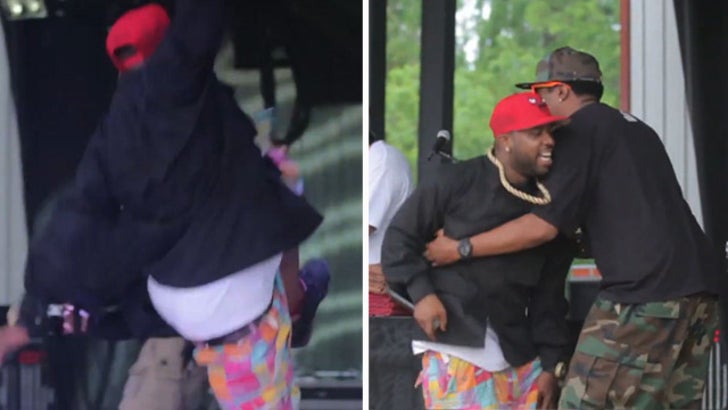 TMZ has obtained video of the exact moment Big Boi from Outkast DESTROYED HIS KNEE during a live performance a few days ago ... and ... yeah, it hurts to watch.

The Outkast co-founder was finishing up a rendition of "Bombs Over Baghdad" at Summer Camp Fest in Illinois on Sunday when he jumped up for the big finish ... but botched the landing and blew out his left knee.

Big Boi was clearly in a ton of pain ... but sucked it up and mustered the strength to limp off the stage.

After the show, the 38-year-old rapper said doctors diagnosed him with a "torn patella" ( ... since the patella is a bone, we're guessing he meant "patellar tendon").

Either way ... Big Boi has since undergone surgery to fix his busted joint, which forced him to postpone several tour dates ... but the rapper insists he'll be back on stage in 6 weeks. 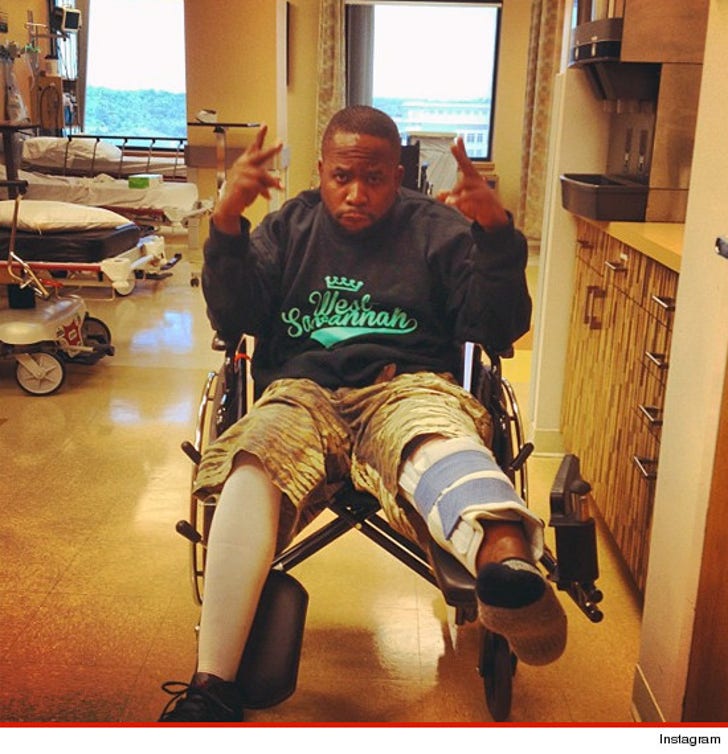 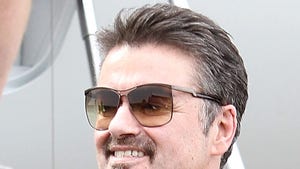 George Michael -- OUT OF HOSPITAL ... 2 Weeks After Car Wreck 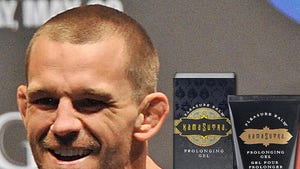