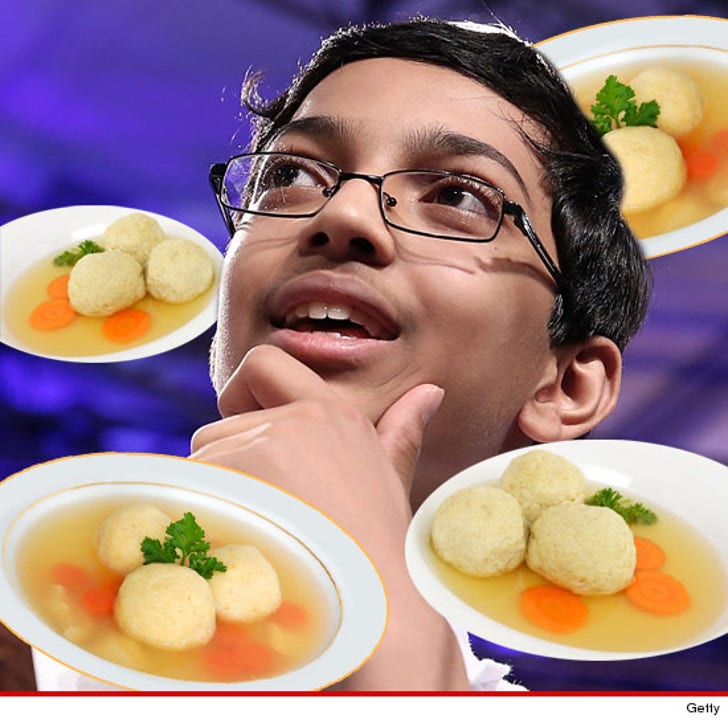 Forget winning $30,000, national Spelling Bee champ Arvind V. Mahankali is about to get the greatest prize of all ... Matzoh Ball soup from one of New York City's most famous delis!!!

Arvind won the competition by spelling the word "knaidel" -- which means small mass of leavened dough cooked by boiling water (i.e. a matzoh ball) -- but has reportedly NEVER tried it.

TMZ spoke to the Carnegie Deli in NYC -- arguably the most famous deli in the Big Apple -- and in honor of Arvind's win, the deli is making it their mission for him to try it.

They told us, "Carnegie Deli will be sending three portions of knaidel to Mr. Mahankali to fill him up after all that spelling." 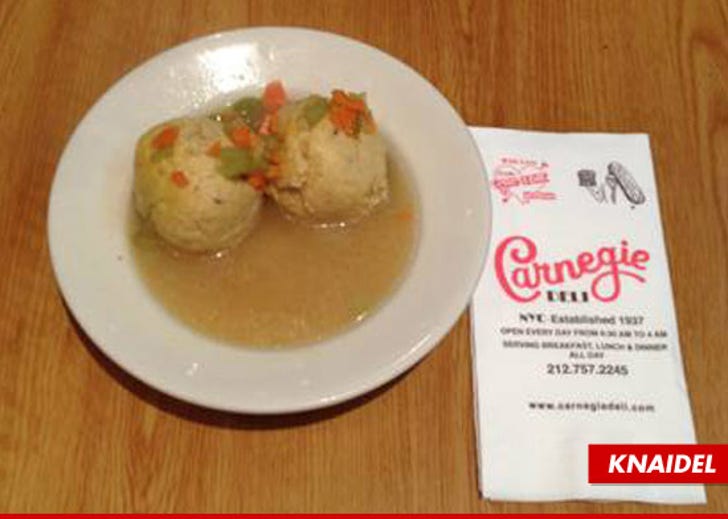 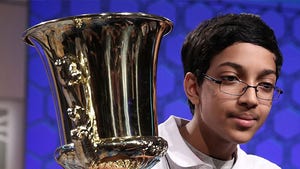 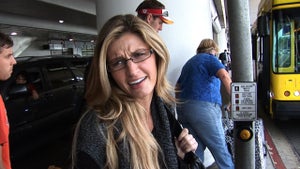 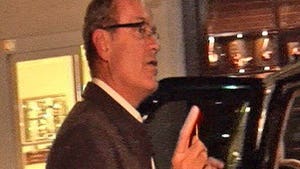