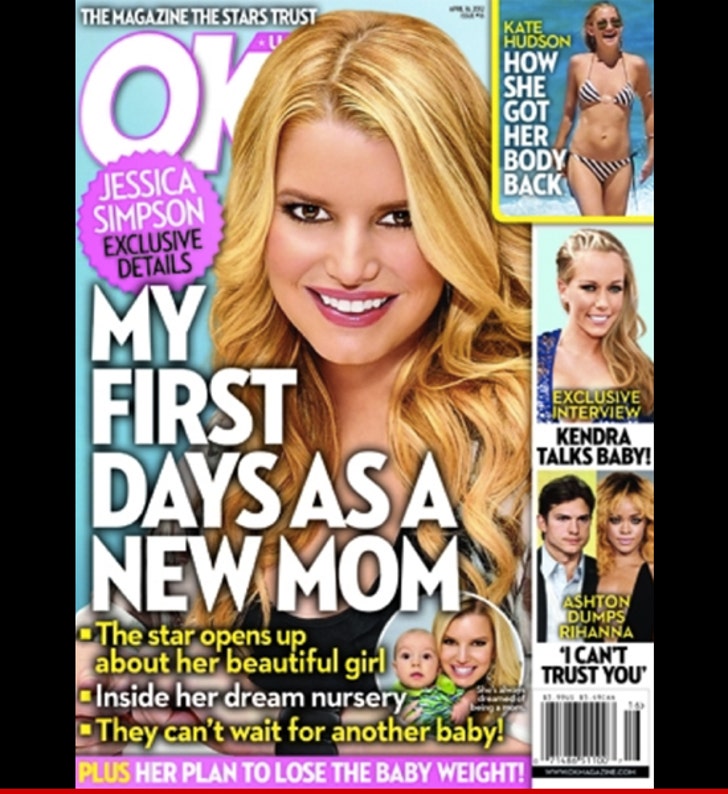 Jessica Simpson was involved in a dastardly conspiracy with OK! Magazine to make a buck by grabbing a man's baby and mugging with the infant for the camera, making it appear as if the child were hers ... this according to a bizarre new lawsuit.

According to lawsuit uncovered by The Times-Picayune in New Orleans, Christopher Hurst took his teenage daughter and infant son to a department store in October 2011 to meet Simpson.

The lawsuit claims ... when Hurst got close to Simpson, a stranger suggested he hand his infant over to Simpson ... who was pregnant at the time.

Hurst obliged, and then, according to the suit, a photog came out of nowhere and began snapping pics.

According to the suit, Hurst was stunned months later when OK! splashed the pic on its cover, making it appear it was Jessica's baby. The irony -- Jessica's baby wasn't even born yet.

The lawsuit accuses Jessica of being in on the plot, claiming she had a deal with a competing mag to sell the first baby pic for $800k, but then got greedy and hatched a plot with OK! to double dip with a baby that wasn't even hers.

Hurst is suing Simpson, OK! magazine, and Getty Images for damages in excess of $75,000.

We reached to a rep for Simpson ... so far, no word back.