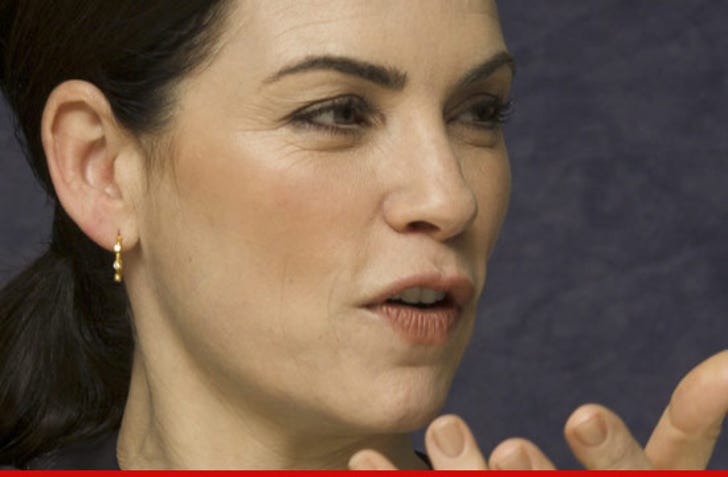 Julianna Margulies just flamed out in court ... and she'll have to face a jury for allegedly screwing her former managers over.

A judge just rejected her motion to dismiss a lawsuit filed by D/F Management. The company claimed in a lawsuit it filed against her that they secured her roles in both "The Good Wife" and a L'Oreal deal that made Julianna the spokesperson.

The judge ruled that there's enough evidence to warrant the case going to trial.

D/F Management accuses Julianna of firing them and then cutting off their 10% commission on the show and the commercial. D/F wants $420,000 in back commissions and they also want a cut of her future earnings.

The trial date has not been set.