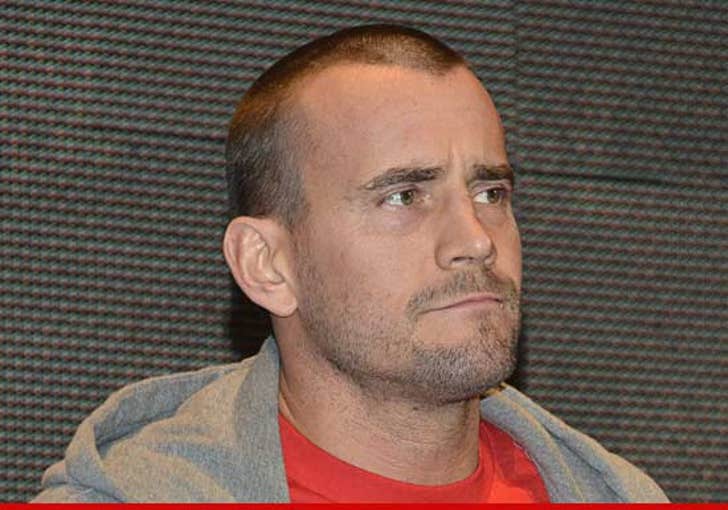 WWE superstar CM Punk has obtained a restraining order against his estranged mother -- claiming she constantly hits him up for money and then threatens to kill herself if he doesn't come through ... TMZ has learned.

Punk -- real name Phillip Brooks -- claims in legal docs filed in Illinois that he's tried to break off his relationship with his mother for more than a year "due to repeated financial demands and years of abusive, harassing and threatening behavior."

In the document, Punk says he's made an effort to help his mom -- who he claims suffers from bipolar disorder -- giving her more than $100,000. But Punk says her "abusive/threatening behavior" escalated when he cut her off.

That's when Punk's mom allegedly unleashed a torrent of nasty emails -- telling the wrestler, "You don't give a s**t about us. You just care about your money and money hungry/fame hungry friends. You would sell us for a nickel."

Punk also says his mother threatened to release potentially embarrassing information about her son's past. Punk suggests the information has to do with arrests when he was in high school.

In the docs, Punk says his mother has threatened to commit suicide on at least 4 occasions in 2012.

Punk says, "I wish for the harassment to stop and am requesting the assistance of the court in this regards."

The judge in the case granted the temporary restraining order back on June 10 -- but the wrestler is due back in court today where he will likely try to extend the protection order for several years.