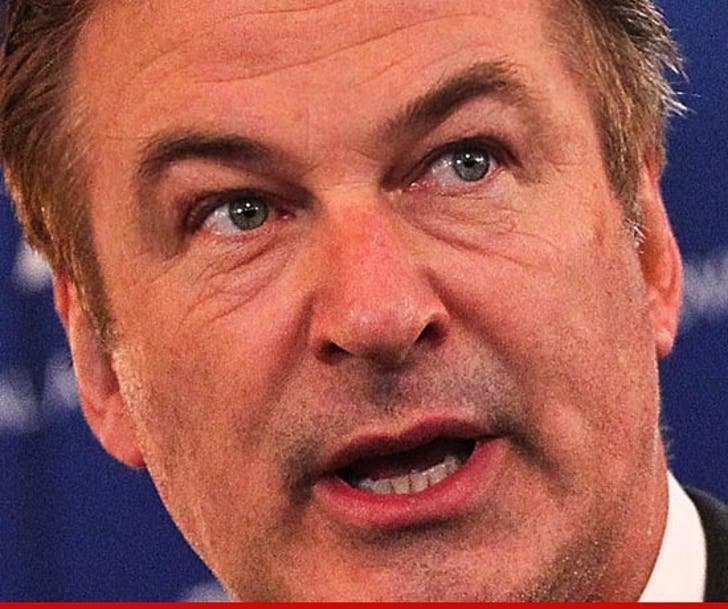 3:30 PM PT -- Alec just responded to all the homophobe allegations.

Alec Baldwin -- who puts Paula Deen to shame in the bigotry department -- again showed his true colors with a hate-filled tirade that targeted gays.

A British reporter wrote a story that Baldwin's wife was tweeting recipes and other things during James Gandolfini's funeral. The actor went nuts on twitter, claiming the story was false. Nothing wrong with that.

But then Baldwin played his go-to homophobic card -- he's done it before -- tweeting that the reporter was "a toxic little queen." Baldwin continued, "If (sic) put my foot up your f***ing ass, George Stark, but I'm sure you'd dig it too much."

Baldwin then called the reporter a "f***ing little bitch" several times and then just plain threatened, "I'm gonna f**k you up."