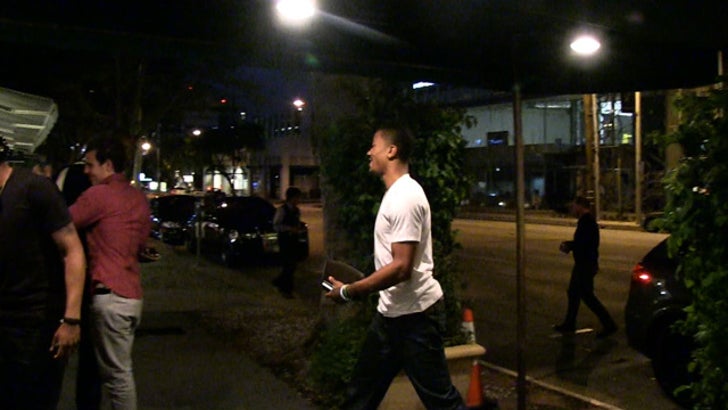 Is it just us ... or was NBA superstar Derrick Rose LIMPING AROUND on his bad knee this weekend ... 14 months after tearing his ACL????

The Chicago Bulls point guard was on his way into Madeo in L.A. Friday night ... when we noticed the guy still had a little gimp in his step during the short walk from his car to the restaurant.

According to reports, Rose was medically cleared to get back on the court in MARCH ... but didn't because he didn't feel he was physically and mentally 100%.

There was doubt (and lots of criticism) when Rose didn't come back for the 2013 NBA Playoffs -- but now, after watching the guy gingerly stroll into Madeo, it seems the former MVP is still far from 100%.

... unless, Rose was just walkin' with mad swag.