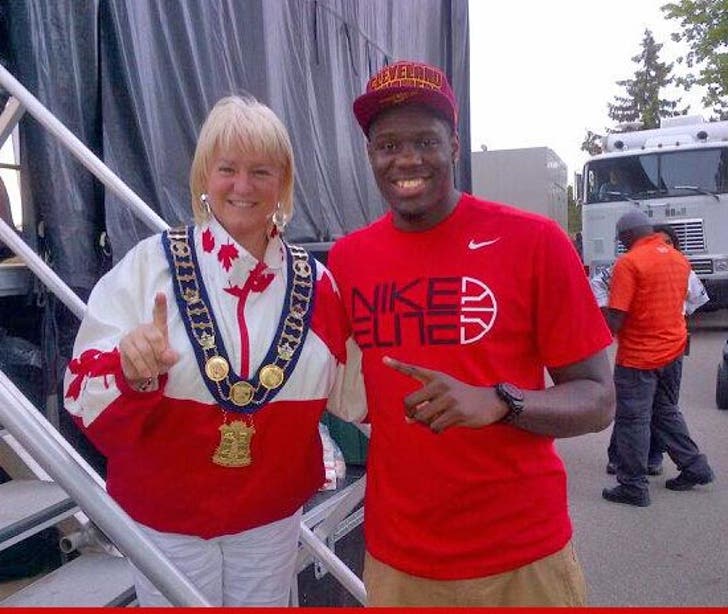 Canadian native Anthony Bennett -- the first Canadian EVER to get picked first in the NBA draft -- has just received an even greater honor ... THE KEY TO HIS CANADIAN HOMETOWN!!!

The mayor of Brampton in Ontario released a statement today, saying she presented Bennett -- who was drafted by the Cleveland Cavaliers last week -- with the key on Canada Day yesterday ... in honor of his incredible non-hockey achievements.

For our Canadian readers: basketball is a game in which two teams vie to shoot a ball through their opponent's hoop. No actual baskets are involved, and players tend to retain most of their teeth.

The mayor added, “All of Brampton wishes Anthony the very best with the Cleveland Cavaliers and we look forward to cheering him on during the NBA season.”

That is, as soon as they figure out what the NBA actually is ... and no, the Raptors don't count.

Take it away, Kyle's mom! 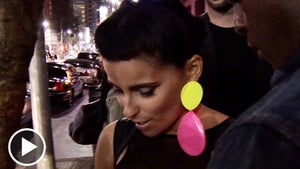 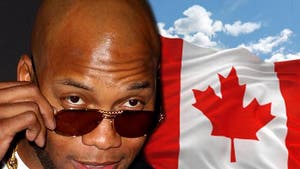 Flo Rida Sued For Leaving Canadians Out in the Cold 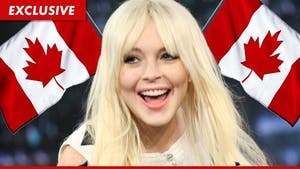