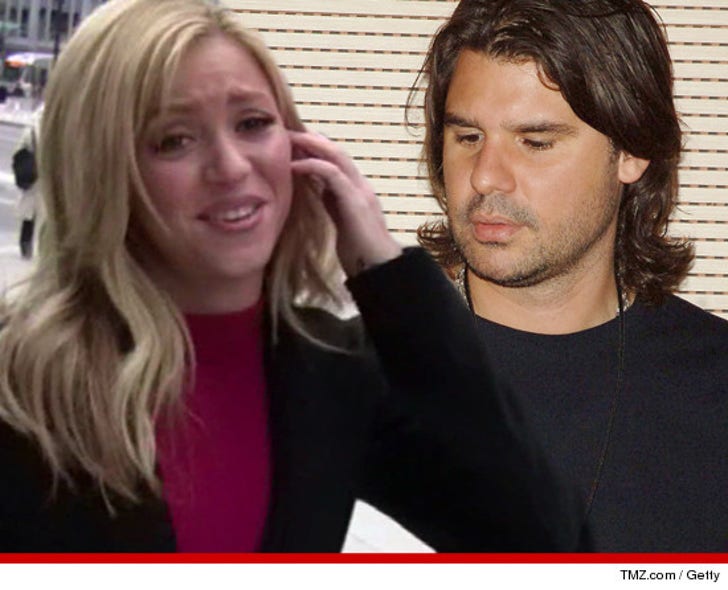 It's a good thing Shakira keeps her old emails ... 'cause the pop star says she found an old cyber-exchange that proves her ex-BF is lying through his Argentinian teeth in his $250 million lawsuit.

Shakira has filed a declaration in her legal war with Antonio De La Rua -- who she dated from 2000 to 2010 -- in which she adamantly denies A.D.L.R. has any right to her fortune, despite his claim that he's entitled to a cut of her businesses.

FYI -- A.D.L.R. claims he wasn't just Shak's lover, he was also her business adviser and says she owes him a quarter of a BILLION dollars ... based on an oral agreement the two struck back in 2004.

But Shakira is calling B.S. on Antonio ... claiming in 2011, he sent her an email in which he couldn't have made it any clearer -- "I am not a partner in any of your companies. You are the sole owner of all of them."

Shakira says he sent a similar email to her mother.

In the legal docs, filed in L.A. County Superior Court, Shakira also says she had hammered out a relationship contract back in 2006 -- the equivalent of a prenup -- that spelled out their financial obligations to one another in case they broke up.

According to Shakira, both parties agreed back in '06 to create a joint account worth $10k ... which they would split if they broke up. Shakira says they also agreed to "renounce" any rights to future earnings.

Shakira explains the point of the contract was to prevent a stupid lawsuit ... like the one Antonio has filed.

The case is due back in court later this month.