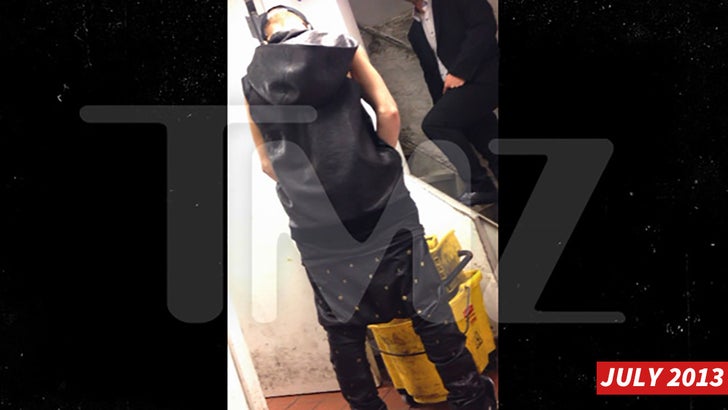 Justin Bieber is an oblivious, self-important little twit who goes out of his way to make the working man's life miserable -- just watch this video of the singer pissing into a restaurant mop bucket ... and laughing like he's the king of the world.

The clip was shot in NYC earlier this year -- we're told Bieber and his idiotic friends were leaving some nightclub, exiting through a restaurant kitchen, and Bieber decided he needed to take a leak.

But rather than go to a bathroom like a civilized person, Bieber -- wearing pants that should literally be illegal -- whipped out his junk and whizzed into a yellow mop bucket used to clean the restaurant's floors ... meaning whoever's job it was to mop the place up had to physically change Bieber's disgusting piss water.

And the worst part ... Bieber's friends act like the restaurant should be HONORED that the singer decided to piss there. It's revolting.

We can't say for sure if the group was drunk, but it sure sounds like they were.

Oh yeah, at the end of the video, Bieber sprays a photo of Bill Clinton with cleaning liquid for some reason ... saying, "F*** Bill Clinton!"

We don't know what Bill Clinton did to Justin Bieber ... but whatever it was, Bieber probably deserved it. Thank you, Bill. Thank you. 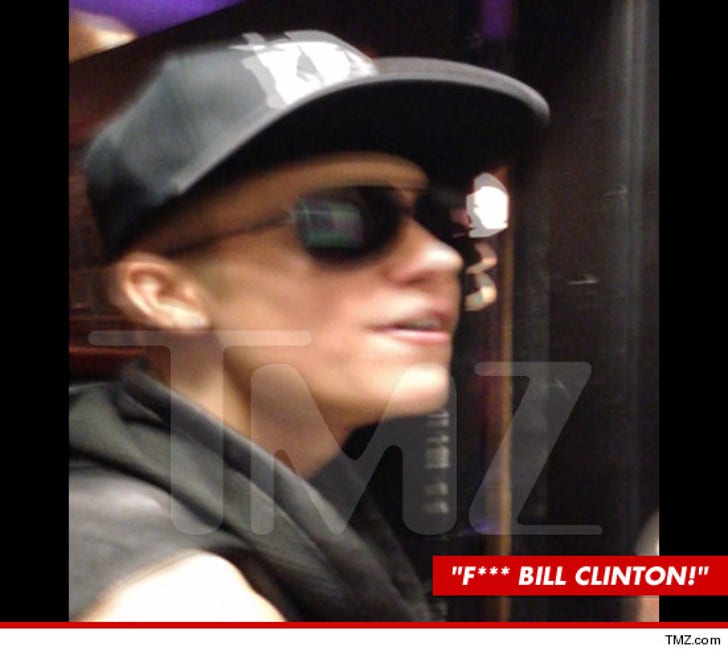 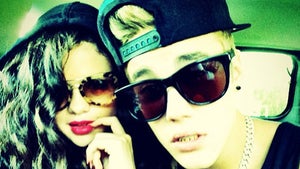 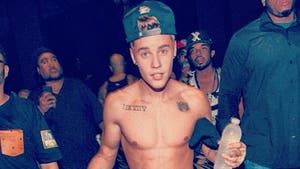 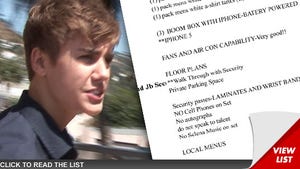