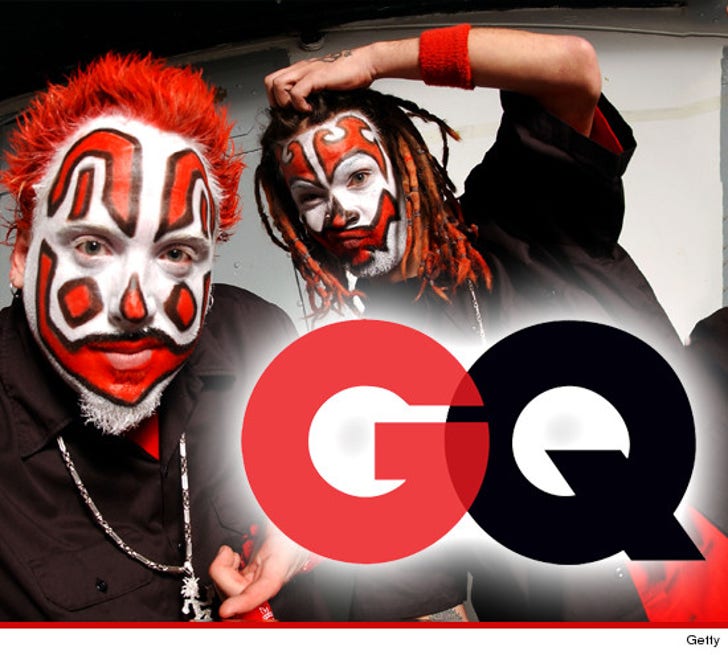 You don't diss Insane Clown Posse and get away with it -- at least that's the lesson the rappers are teaching GQ Magazine for calling 'em the worst rappers of all time ... telling TMZ, GQ's talking out of its paisley, overly-coiffed ass.

In case you missed GQ's recent feature "The 25 Worst Rappers of All Time" ... ICP reigns supreme at the top of the list, earning the #1 spot -- which is pretty bad, considering the competition is already extremely stiff ... Pitbull comes in at #9, MC Hammer at #6, and Vanilla Ice at #4.

Violent J tells us, "Insane Clown Posse has been selling rap records, rocking rap stages and making rap money for over 20 years now. You can't rack up all that rap success for this long and still be 'the worst ever.' GQ magazine should stick to what they know: Dressing preppy metrosexuals."

Shaggy took it one step further ... adding, "Tell GQ to say it to my face!" 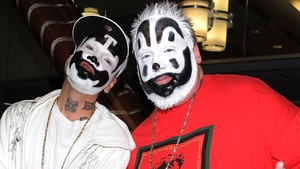 Insane Clown Posse -- Cops Are SCARED About Our Halloween Concert 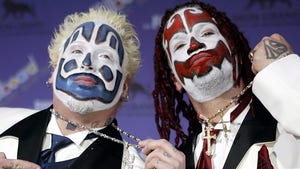 Insane Clown Posse -- The FBI is Wrong ... Juggalos Are NOT a Gang