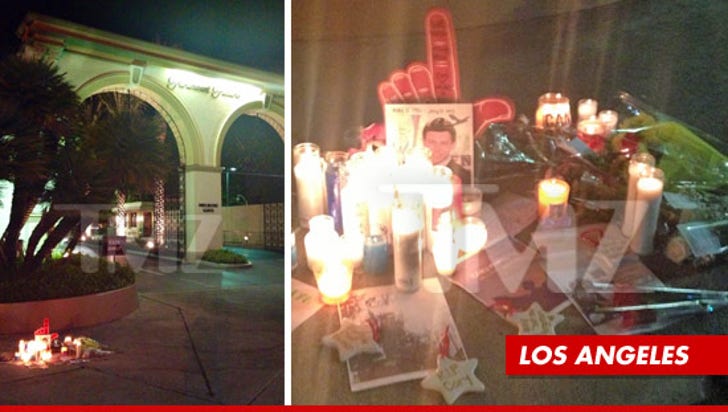 Grief-stricken fans in 2 cities are showing their love for Cory Monteith ... putting together makeshift tributes outside Paramount Studios and the Vancouver hotel where he died.

Fans placed candles, flowers, photos and messages to Cory in front of Paramount Studios -- where he taped "Glee."

The other memorial is in front of the Fairmont Pacific Rim Hotel (below) ... where Cory was found dead​ on July 13th. 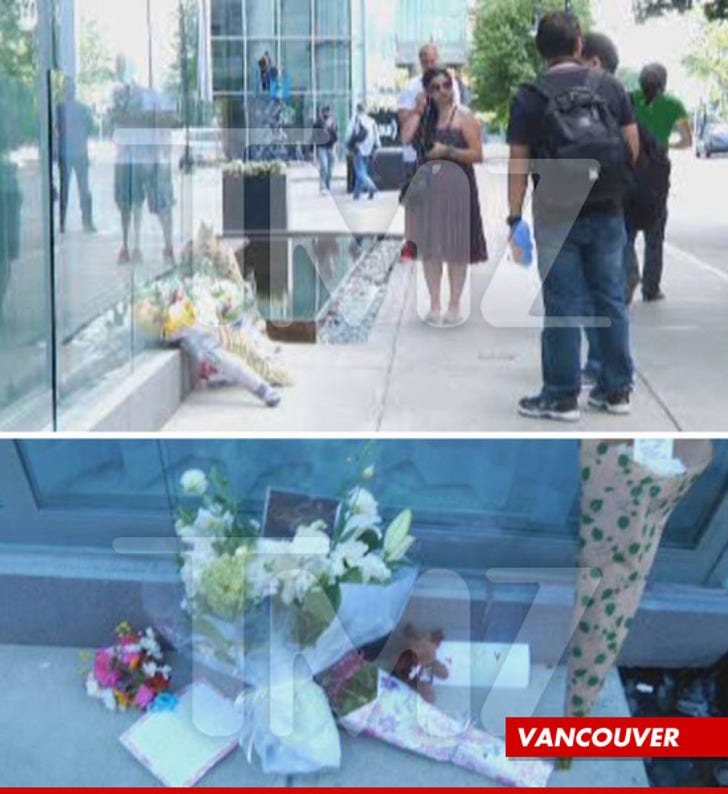 As we previously reported ... Cory died alone in his 21st floor hotel room. Cause of death is still unknown. An autopsy is scheduled for Monday. 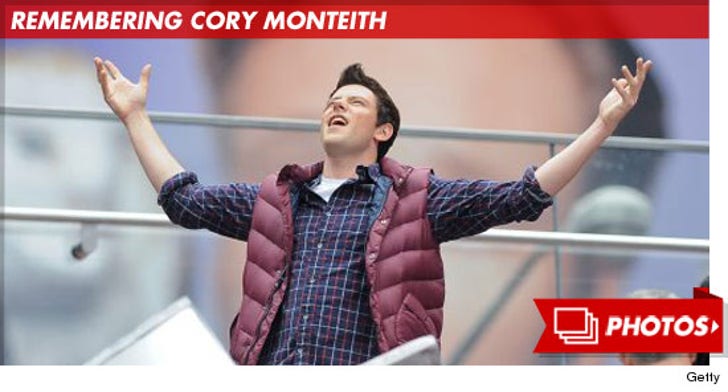