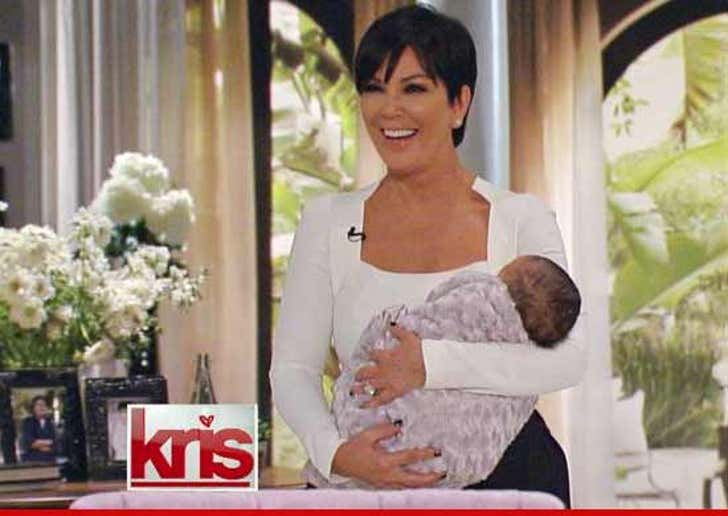 Kris Jenner pulled out the big guns for her talk show premiere -- 'cause Kim Kardashian's baby North West will make its debut ... is what she wants you to believe -- BUT TMZ KNOWS IT'S NOT!

Kris' show posted a photo on Twitter and Facebook ... of herself cuddling an infant, with the message ... "You never know who will stop by our show today #WatchKris".

This would be the first public shot of North since her birth -- but we smelled a rat. And guess what? After some digging we found out the baby is owned by a hair and makeup person on the set.

Kanye West and Kim have been pretty clear about NOT wanting their baby in the spotlight. 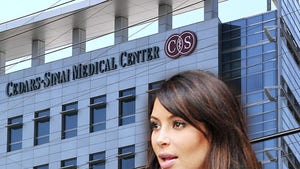 Kim Kardashian -- I Was a Victim of Hospital Snooping 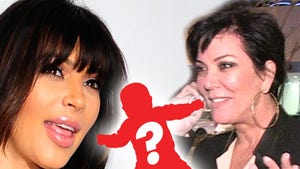