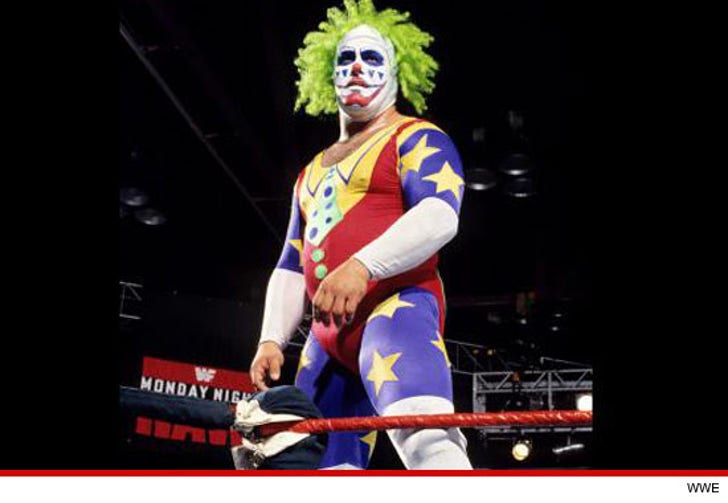 Ex-WWE star Doink the Clown died from a toxic overdose of morphine and hydrocodone ... this according to officials in Collin County, Texas.

TMZ has obtained the autopsy report for Matthew Wade Osborne -- whose body was discovered at his girlfriend's home on June 28.

According to the report, the medical examiner discovered "high levels of the opiates morphine and hydrocodone" in Osborne's system at the time of his death.

FYI -- hydrocodone is the key ingredient of the painkiller Vicodin.

The medical examiner expains, "I am of the opinion that [Osborne], a 55 year old white man, died as a result of toxic effects of opiates."

The ME says Osborne also suffered from heart disease, which was a "significant and contributory factor" in his death.

The former wrestler's body was riddled with scars -- which covered his forehead, both arms and his left knee.