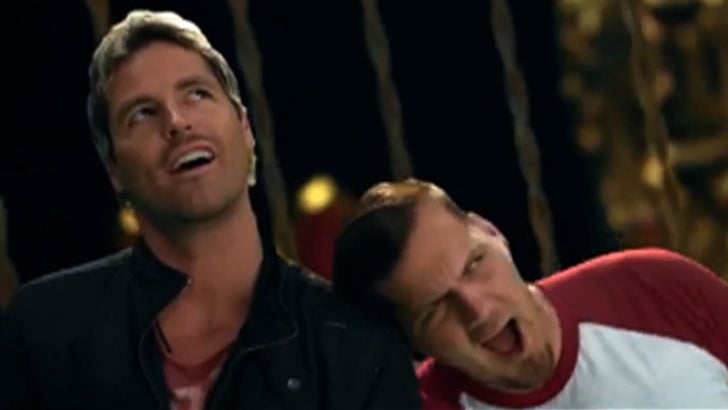 The band behind the controversial song "Asian Girlz" ... is getting bullied into censorship -- telling us they're yanking the video because the backlash has gone from playful to threatening.

Day Above Ground Skyped into TMZ Live to respond to the outrage ... saying, "It’s a real thing and we didn’t expect it to be such a backlash."

Drew Drumm, Joe Anselm, and Mike Tourage told us they're pulling the video from the Internet on Saturday ... "for the safety of ourselves and for everybody we know. We don’t want anybody to get hurt."

They hinted some of the models in the video were receiving threats ... along with the band members.

If you haven't seen it ... the lyrics to "Asian Girlz" are laced with stereotypes, like ... "I love your creamy yellow thighs" -- and, "Ooh your slanted eyes."

The guys insist the song was intended to be "satire" -- but check out their faces during "TMZ Live" ... they're taking the whole matter very seriously now. And now here's the music video: