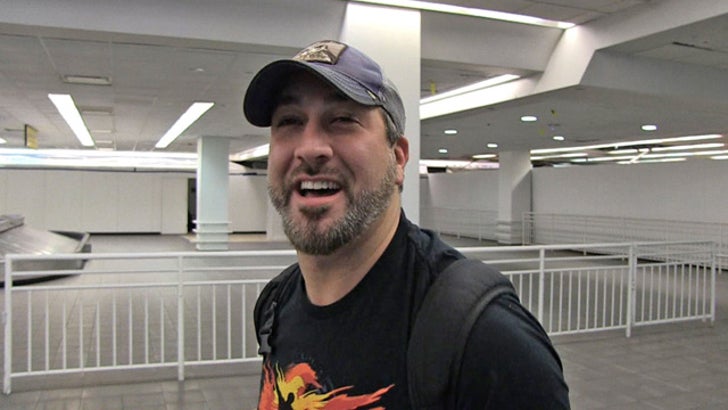 Joey Fatone has arrived to New York ... where he's rumored to reunite with *NSYNC at the MTV VMAs this weekend ... but when we asked him about it, he seemed to be LYING like a rug.

Don't get us wrong ... he totally denied being in NYC for the alleged performance. But c'mon Joey ...

Ya gotta watch the clip -- it's jam packed with a suspicious alibi, awkward laughter and facial expressions that scream "I'VE GOT A SECRET!!!!!"

Now we're no Columbo ... but we think we know when someone's playing games with our heart (wrong band, but you get the idea).