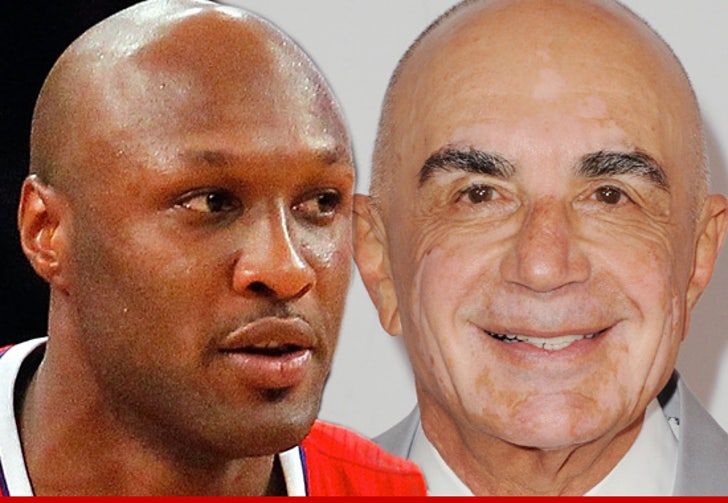 Lamar Odom needs some legal firepower after his DUI arrest, and its OJ Simpson's lawyer Robert Shapiro to the rescue ... TMZ has learned.

Lamar has hired Shapiro in what promises to be a sticky situation. TMZ broke the story ... Lamar was popped early Friday AM on the 101 Freeway ... and cops believe he was under the influence of both drugs and booze.

Shapiro is known for plea bargaining. These cases are pretty standard -- he'll probably plead no contest to one count of DUI and get probation. He'll also be required to attend an alcohol ed class. And, since he refused to submit to a blood-alcohol test, he'll automatically get his driver's license yanked for 1 year. No getting around that.

This has Kris Jenner's paw prints all over it. She's used Shapiro for other legal messes in the past -- most recently Robert Kardashian Jr.'s criminal battery and theft case.