Boxing champ Tommy Morrison -- who starred in "Rocky 5" -- died from a blood infection ... so says his death certificate which contains no mentions of either HIV or AIDS, TMZ has learned.

According to his death certificate, filed in Nebraska, the 44-year-old died from cardiac arrest ... stemming from a blood infection known as Pseudomonas Aeruginosa Septicemia.

FYI -- back in 1996, Morrison announced he had contracted the HIV virus ... but later recanted and questioned if the disease even existed in the first place.

According to the death certificate, Morrison's body was cremated. An autopsy was not performed. 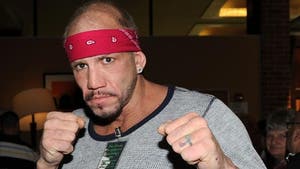